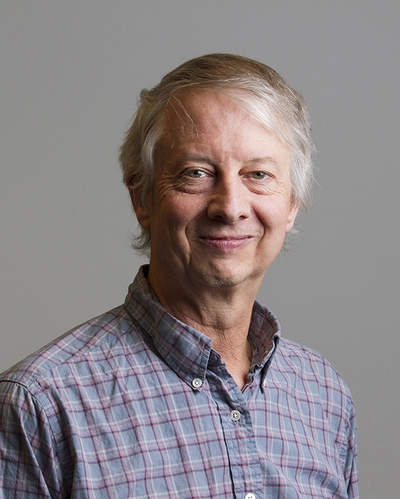 Dr. Michael Dean is interested in inherited (germline) genetic variation, somatic mutations in tumors, and the combined effect of both on cancer risk, progression, and response to therapy. Dr. Dean participated in cloning genes (PTCH, VHL) involved in inherited cancers; characterized common variants associated with cancer; and sequenced the genomes of tumors to identify genes commonly altered. In the LTG, Dr. Dean is continuing his work on unlocking the mechanisms through which genetic alterations affect cancer risk. By evaluating the genetic factors of tumor as well as host, Dr. Dean is focused on the study of human papillomaviruses (HPV) and cervical cancer. He also continues his investigations into the genetic components of cancer health disparities in the U.S. and in Latin America. Learn more about Dr. Dean's laboratory.

Genome-wide association studies have been completed on most major cancer types and have revealed many chromosome regions that influence cancer risk. Dr. Dean and his team have focused on genes in the major histocompatibility complex (MHC), the only region of the genome consistently associated with cervical cancer.

All cancer is genetic in the sense that tumors have genetic alterations not present in normal tissue of the person with cancer. Dr. Dean and his team have sequenced the exome (coding portion of the genome) of tumors from the bladder, cervix, kidney, prostate, and adrenal gland. These data have identified potential markers for early diagnosis and targets of therapy, and many somatic mutations of the genes involved in histone modification and chromatin remodeling. In the case of cervical cancer, they also study variation in HPV and its impact when it integrates into the genome of the tumor cells. By studying samples with detailed epidemiological data, they hope to better apply genetics and genomics to understanding cancer.

Cancer is increasingly a global health problem. Dr. Dean and his team have established studies of cervical and breast cancer in Guatemala, Nicaragua, Mexico and Venezuela, which are yielding important genetic differences as well as potential environmental factors.

For common cancers among adults, they are investigating the reasons behind the very high rates of cervical cancer in the region. They apply a molecular and genomic approach to this question, analyzing cancer tissue, blood samples, and standard epidemiological information on cases as well as genome sequencing.

Dr. Dean is a senior investigator in the Laboratory of Translational Genomics. He obtained his Ph.D. from the Biochemistry Department at the Boston University School of Medicine. He performed his postdoctoral studies at the National Cancer Institute, Center for Cancer Research (CCR), on the MET oncogene and cystic fibrosis gene. He is a member of the American Society of Human Genetics, the American Association of Cancer Research, and the Human Genome Organization (HUGO), and is an adjunct faculty member at Hood College.