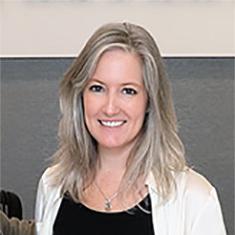 The Translational Research Section (TRS) is primarily responsible for advancing the clinical and translational research efforts of the HIV DRP by developing and applying new technologies to characterize and identify the sources of persistent HIV-1 despite antiretroviral therapy (ART) and to evaluate the effect of HIV-1 genetic diversity, expression, and low-frequency drug-resistance mutations on the response to ART. Working closely with Frank Maldarelli in the Clinical Retrovirology Section, in consultation with John Coffin of Tufts University and John Mellors of the University of Pittsburgh, the TRS collaborates with research groups worldwide to perform studies of HIV-host interactions, viral persistence during therapy, sources of rebound viremia, and the evolution of resistance.

HIV-1 persists in individuals on ART despite suppression to very low levels and usually rebounds to pretherapy levels if ART is stopped. The mechanisms that allow viremia to persist during therapy are not well understood. Their elucidation is imperative if HIV-1 infection is ever to be cured. Cellular reservoirs that harbor HIV-1 genomes and express viral RNA during ART are likely long-lived, proliferating cells that were infected prior to initiating therapy. By investigating the genetics of HIV-1 plasma RNA and cellular HIV-1 DNA and RNA, the TRS aims to reveal sources of persistent virus production on ART and the sources of rebound viremia after stopping ART. The TRS developed the gold-standard assays that allow for sequencing of HIV RNA and DNA in single virions and in single infected cells. These assays are applied to blood and tissues from donors to characterize the genetics of viremia in individuals on and off ART.

Determining the frequency of rare, drug-resistant variants in untreated individuals can provide important insights into the emergence of drug resistance and into the effective population size of HIV-1. The TRS previously developed an allele-specific PCR (ASP) assay capable of detecting specific drug-resistance mutations present in 0.1-0.001% of the total virus population. More recently, the TRS developed an ultrasensitive single-genome sequencing (uSGS) assay that provides sequence information from thousands of HIV variants present in donors’ plasma, providing templates to investigate the linkage of drug-resistance mutations and to perform studies on HIV-1 evolution. Ongoing studies include applying these and other ultrasensitive methods under development to samples collected before and after exposure to ART to investigate the impacts of HIV-1 diversity, low-frequency drug-resistant variants, and effective population size on the response to treatment.

Dr. Kearney received her Ph.D. in Biology at Catholic University in 2007 under the direction of John Coffin, Sarah Palmer, and Venigalla Rao. She received The Benedict T. DeCicco Award for Excellence in Graduate Research in 2008. In 2001 she joined the HIV Drug Resistance Program (HIV DRP, renamed the HIV Dynamics and Replication Program in 2015) as a Biologist in the Virology Core. In 2008 she was promoted to Head of the Translational Research Unit (renamed the Translational Research Section in 2020), where she oversees a team that investigates viral genetics and expression in vivo, the sources of persistent HIV during antiretroviral therapy (ART), the sources of rebound viremia after stopping ART, the mechanisms for maintaining the HIV reservoir, and the mechanisms for the emergence of drug-resistance mutations in HIV and other RNA viruses. In 2019 she was promoted to Senior Scientist. Dr. Kearney was awarded the NIH Director’s Award and NCI Group Award in 2012, the NCI Director's Award in 2015, the CCR Group Award in 2016, and the NIH Director’s Award in 2019 and 2021. She was nominated by CCR Director Tom Misteli and selected to receive an individual 2021 NCI Director's Award in recognition of her initiative and accomplishments to improve workplace wellness through exemplary leadership and mentoring. She was a consultant to the World Health Organization from 2010 to 2016, was the keynote speaker for the launch of the Bioinformatics Program at Hood College in 2015 and for the Center for AIDS Research Symposium at the University of Pennsylvania in 2019, and was elected to the NIH Women Scientists Advisors (WSA) in 2018. She has been a member of the CCR WSA Committee since 2018 and served as its Chair in 2020. She is currently serving as Chair of the NIH WSA Scholars Symposium, a member of the NIH WSA Executive Committee, an advisor to the Biomedical Science and Bioinformatics Program at Hood College, and Guest Editor of the Viruses Special Issue on “Mechanisms of Viral Persistence.” Dr. Kearney is the recipient of four Bench-to-Bedside Awards, three NIH Intramural AIDS Targeted Antiviral Program Awards, a U.S.–South Africa Initiative U01 Grant, an Office of AIDS Research Congressional Award, and an NCI Flex Technology Award. In 2021 Dr. Kearney was appointed as HIV DRP Deputy Director of Translational/Clinical Research.