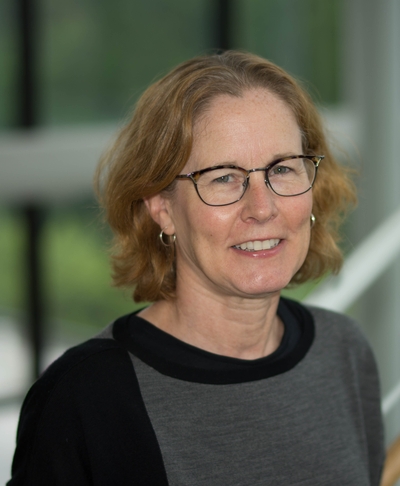 We are interested in mechanisms of genome maintenance and organization. During interphase, chromosomes are surrounded by the nuclear envelope (NE), separating the nuclear and cytoplasmic compartments of the cell. Exchange of all molecules between the nucleus and the rest of the cell occurs through nuclear pore complexes (NPCs; Figure 1), which are embedded in the NE. NPCs are not only conduits for nucleo-cytoplasmic trafficking, they also promote many aspects of interphase nuclear function, including gene expression and heterochromatin organization. As mammalian cells divide, the NE breaks down and chromosomes condense to allow their partitioning into daughter cells. Remarkably, NPC proteins (nucleoporins) and other components of the nuclear transport machinery have distinct and important mitotic roles that assure the accurate segregation of chromosomes.

Our current focus is to elucidate the role of nucleoporins, NPC–associated proteins (e.g., the SUMO pathway, spindle checkpoint proteins), and other components of the nuclear transport machinery (e.g., the Ran pathway) throughout the cell cycle. We are interested both in how they maintain nuclear organization during interphase and how they promote chromosome segregation. To address both aspects, we have adapted CRISPR–based degron strategies to the study of these proteins; namely, we have tagged the proteins with auxin-induced degrons (AID), which cause them to be specifically destroyed upon the addition of auxin, a plant hormone. The ultimate goals of our studies are to understand how these pathways enable correct genome organization and accurate chromosome segregation, as well as to discover how their functions are coordinated with each other and with other aspects of cell physiology.

Dr. Dasso is interested in mechanisms of chromosome segregation. Chromosome segregation errors cause aneuploidy, the condition of having an abnormal chromosome number. Birth defects, including Down syndrome, can result from aneuploidy arising during meiotic divisions, and aneuploidy arising during mitotic divisions is a hallmark of many solid tumors. Dr. Dasso’s group discovered that the Ran GTPase, which was known as a key regulator of interphase nuclear-cytoplasmic transport, plays a pivotal role in spindle assembly and chromosome segregation. They showed that Ran carries out mitotic functions in a manner that is completely independent of nuclear transport. They further demonstrated that other components of the nuclear transport machinery are similarly re-purposed as cells divide to perform transport-independent activities that are essential for accurate chromosome segregation. In particular, nuclear pore complex (NPC) proteins, called Nucleoporins, localize to mitotic spindles and kinetochores; this localization is essential for proper spindle assembly and cell cycle progression. Recently, Dr. Dasso’s group has developed CRISPR-based strategies for selective degradation of individual nucleoporins. They are now using these systems to examine not only the role of nucleoporins in mitotic chromosome segregation but also how nucleoporins contribute to NPC structure and assembly, to gene regulation, to RNA processing and export as well as to the trafficking of key nuclear components.