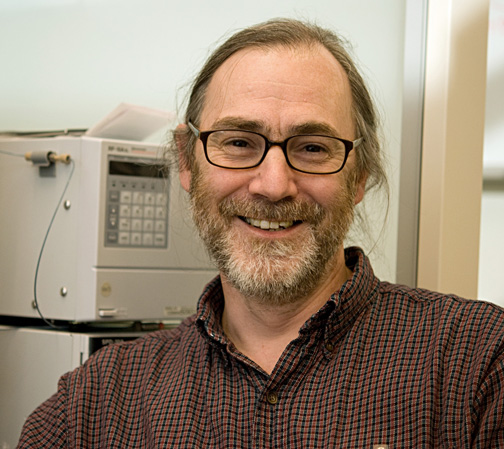 Section on Neurophysiology and Biophysics

Ionotropic glutamate receptors (iGluRs) are membrane proteins that act as molecular pores and mediate signal transmission at the majority of excitatory synapses in the mammalian nervous system. The seven iGluR gene families in humans encode 18 subunits, which assemble to form three major functional families named after the ligands that were first used to identify iGluR subtypes in the late 1970s: AMPA, kainate, and NMDA. Given the essential role of iGluRs in normal brain function and development, and mounting evidence that dysfunction of iGluR activity mediates several neurological and psychiatric diseases and damage during stroke, we devote substantial effort to analyzing iGluR function at the molecular level. Atomic resolution structures solved by protein crystallization and X-ray diffraction provide a framework for designing electrophysiological and biochemical experiments aimed at defining the mechanisms underlying ligand recognition, the gating of ion channel activity, and the action of allosteric modulators. Information derived from these experiments will permit the development of subtype-selective antagonists and allosteric modulators with novel therapeutic applications and reveal the inner workings of a complicated protein machine that plays a key role in brain function.

Dr. Mark Mayer was recruited to the NICHD as an Investigator in 1987 after completing seven years of postdoctoral training. His lab works on the structure and function of ligand gated ion channels using X-ray diffraction, biochemical, and electrophysiological techniques. He received the Society for Neuroscience Young Investigator award in 1989 for work with Dr/ Gary Westbrook on Ca permeability and Mg block of NMDA receptors and an NIH Merit award in 2003. Dr. Mayer is listed in the ISI highly cited researchers data base. His H-index is 50, and papers from his lab have been cited more than 15,000 times by other groups. He has served on the NIH MDCN3 study section; the editorial boards of Molecular Pharmacology, The Journal of Neuroscience and The Journal of Neurophysiology; the tenure committees of NICHD and NINDS; and he was chair of the 2004 Ion Channels Gordon Research Conference.

This page was last updated on January 5th, 2012