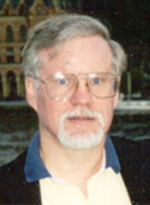 Dr. Knepper’s research concentrates on the physiology and pathophysiology of the kidney, with particular focus on regulation of water and salt transport by the peptide hormone vasopressin. Maintaining the right balance of water and electrolytes in the body is a matter of life and death, so it is not surprising that several physiological mechanisms have evolved to regulate water retention and excretion. Disruption of any one of these mechanisms can lead to severe water balance disorders. Using a systems approach, Dr. Knepper is applying comprehensive proteomics, DNA sequencing, and computational approaches to understand the physiological principles and molecular mechanisms that govern excretion of water and urea by the kidney.

Early in his career, Dr. Knepper began to combine laboratory experimentation with theoretical and computational modeling, which led him to discover that urea transport in the renal collecting ducts occurs via specialized urea channel proteins. In the 1990s, he carried out seminal studies on aquaporins, a family of water channel proteins. The studies showed that vasopressin regulates the water channel aquaporin-2 in two ways; it regulates trafficking of aquaporin-2 water channels to and from the plasma membrane, and it regulates the expression of the aquaporin-2 gene in renal collecting duct cells.

Between the signal (vasopressin) and the response (more channels on the membrane surface) is a complex and coordinated alteration of multiple cellular components on multiple time scales. This includes modifications on the channel proteins themselves that signal their destination and localized changes in actomyosin to allow for insertion of additional channels. Thanks to advanced proteomics techniques facilitated by knowledge from large-scale genome sequencing projects, Dr. Knepper and his colleagues are now able to assess these changes simultaneously and over time. They have produced a number of databases to make the large-scale (proteomic and transcriptomic) data available to scientists worldwide (http://helixweb.nih.gov/ESBL/Database/index.html).

Dr. Knepper has demonstrated a key role for cyclic AMP-dependent calcium mobilization and myosin regulatory light chain phosphorylation in renal principal cells, which he proved to be critical for vasopressin action. He and his colleagues have pioneered methods for application of phosphoproteomics (using LC-MS/MS) to physiological signaling systems revealing the kinase classes activated and inactivated by vasopressin. These studies demonstrated that vasopressin regulates phosphorylation of a cluster of four serines in the carboxy-terminal tail of aquaporin-2 as a critical step in its translocation to the cell membrane.

Progress in large-scale experimental technologies depends on continuing development of computational methods for analysis of the data and for large-scale data integration. Dr. Knepper’s group is heavily invested in the development of such computational approaches and resulting software has been made readily available to scientists worldwide (http://helixweb.nih.gov/ESBL/).

Additional databases can be found below:

This page was last updated on September 7th, 2018