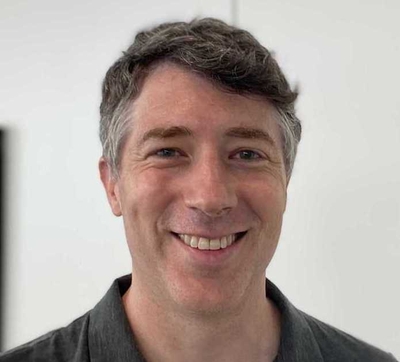 Unit on Neural Computation and Behavior

Our brains interpret and give meaning to the sensory world. As you read this, photons enter your pupils and trigger a chain reaction in your retinas, generating electrical signals that propagate through your brain. These signals consist of patterns of activity across neurons, and as these activity patterns travel between neurons and brain areas, they interact with and transform the patterns of activity in other brain regions. This transformation of activity patterns, neural computation, is performed by neural circuits, and it leads to thoughts, decisions, actions, and memories. In short, neural computations create brain function.

The Histed lab is dedicated to understanding the range of possible neural computations, as well as the specific computations that control sensory-guided behavior. We use brain stimulation, large scale neural recordings, and artificial network simulations to approach these questions.

Understanding the computations created by networks of neurons in the brain has been extremely challenging, because many brain areas have extensive internal connectivity. In the cerebral cortex, for example, the majority of synaptic inputs to a given excitatory neuron arise within a distance of a few hundred microns — the width of a few human hairs — of that neuron. This massive local, recurrent connectivity means that each cell's activity is coupled to the activity of many other cells. For example, a change seen in one neuron might cause a change seen in another, or they could both be reacting to input from a common source. And because cells' activity is coupled together, measurement methods alone, even recording many neurons at once, have difficulty determining what factors create any observed changes in neurons' activity.

Brain stimulation methods address these correlation and causation issues by directly controlling inputs to neurons. We have deployed a powerful new method that, for the first time, allows stimulating patterns of neurons — controlling the patterns of activity that underlie many neural computations or population codes. This method is two-photon optogenetics with holography. It allows both imaging and stimulating groups or patterns of neurons with single-cell resolution. This groundbreaking approach allows us to 'write in' patterns of neural activity and then see how they are processed by recurrent circuits, even as the brain is working and controlling behavior.

Our goal is to understand neural computations in functioning brains so we can understand the neural basis of individual differences in brain function. Developing this understanding of how our brains control our behavior will help design therapies that improve mental health.

Achieving these research goals is only possible because of our dynamic team, which has members at many levels and from many backgrounds. For more information on current research projects, or to apply for open positions, please contact Dr. Histed.

Research Path: Dr. Histed studied how cortical and basal ganglia neuronal activity underlies learning, action, and intelligent behavior during his Ph.D. work. As a doctoral student he also used electrical microstimulation to perturb brain areas to determine how they contribute to the sequential ordering of complex movements. As a postdoc, he used circuit methods to understand cortical population activity, using the then-new method of two-photon imaging to examine the neurons driven by electrical stimulation, with data collected using an early in vivo resonant-scanning microscope. He was part of a team that developed the optical and software components for this system. During this time he also studied how cortical populations encoded information about the sensory world, developed a behavioral paradigm to make psychophysical measurements in rodents, and used this approach combined with millisecond-resolution optogenetics to show primary visual cortex is used in simple decisions — a finding unexpected given prior findings from brain lesions. Also, as a postdoc he used widefield optogenetics to study how cortical networks in vivo transform inputs. In 2016 he was recruited to NIMH, where the Histed lab has expanded on this work using new tools to study how cortical networks transform the dynamic, complex patterns of activity in neural populations, and how these transformations lead to behavioral decisions.

Dr. Histed holds an S.B. and Ph.D. from MIT, did postdoctoral work at Harvard Medical School, and then held a research faculty position at the University of Chicago. In 2016 he was recruited to NIMH where he heads the Unit on Neural Computation and Behavior (the Histed lab).