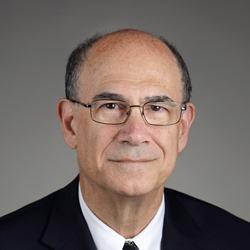 The general mission of the Human Motor Control Section is to understand the physiology of normal human voluntary movement and the pathophysiology of different movement disorders. The members of the Section work together on the different projects, each bringing special expertise to the tasks. The main techniques employed are transcranial magnetic stimulation (TMS), electroencephalography (EEG), neuroimaging with positron emission tomography (PET) and functional magnetic resonance imaging (fMRI), and other techniques of clinical neurophysiology. The principal diseases studied are dystonia, Parkinson's disease, cerebellar ataxia, myoclonus, essential tremor, tic, functional movement disorders and startle disorders.

As one example of our work, we have been exploring the pathophysiology of functional movement disorders (FMD). There are abnormalities identifiable with functional MRI that help explain why the patients experience their movements as involuntary. The right temporo-parietal junction (TPJ) region plays a role in the sense of self-agency and it has defective connectivity even in the resting brain.

Dr. Hallett obtained his A.B. and M.D. at Harvard University, had his internship in Medicine at the Peter Bent Brigham Hospital and his Neurology training at Massachusetts General Hospital. He had fellowships in neurophysiology at the NIH and in the Department of Neurology, Institute of Psychiatry in London, where he worked with C. David Marsden. Before coming to NIH in 1984, Dr. Hallett was the Chief of the Clinical Neurophysiology Laboratory at the Brigham and Women's Hospital in Boston and progressed to Associate Professor of Neurology at Harvard Medical School. He is currently Chief of the Medical Neurology Branch and Chief of its Human Motor Control Section. He is now Past-President of the International Federation of Clinical Neurophysiology. He has been President of the International Parkinson and Movement Disorder Society and Vice-President of the American Academy of Neurology. He served as Editor in Chief of Clinical Neurophysiology. Among many awards, in 2012 he became an Honorary Member of the American Neurological Association, and in 2014 won the Lifetime Achievement Award of the American Association of Neuromuscular and Electrodiagnostic Medicine. In 2017 he received the degree of Doctor of Medicine Honoris Causa from the University of Hamburg, and in 2018 was made an Honorary Member of the European Academy of Neurology. His research activities focus on the physiology of human voluntary movement and its pathophysiology in disordered voluntary movement and involuntary movement. Dr. Mark Hallet intervew in Oral History Program : https://history.nih.gov/archives/downloads/halletinterview.pdf