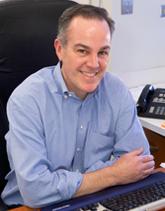 The major focus of the HIV-Specific Immunity Section is identifying the mechanisms of an effective humoral and cellular immune response to HIV. Identifying the components, targets, and magnitude of such responses is a critical step toward the development of effective vaccines and immunotherapies. In our investigation, we recruit patients who are the best available examples of effective humoral or cellular responses to HIV and study their immune response in detail. The knowledge provided by this work offers fundamental insights about the regulation of human immune responses to HIV and other viruses.

A number of recent studies have provided evidence for the role of CD8+ T cells in restricting lentivirus replication in vivo; however, the reason the CD8+ T-cell response fails to control HIV in the majority of infected individuals remains incompletely understood. It is now clear that there exists a group of rare patients who maintain immunologic restriction of HIV replication, despite prolonged infection, without the use of antiretroviral therapy. Many of these patients have been infected for more than 20 years with no CD4+ T-cell decline. These patients, referred to as long-term nonprogressors (LTNP), or “elite controllers,” likely hold important clues to the components of an effective immune response to HIV.

Credit: NIAIDNIAID is recruiting volunteers for a study that will examine how the immune system controls HIV infection.

NIAID is recruiting volunteers for a study that will examine how the immune system controls HIV infection.

Conversely, they also hold important clues regarding how control of HIV replication is lost in most infected individuals. We have now assembled a large cohort of patients with nonprogressive infection. Cells from these patients, as well as from major histocompatibility complex (MHC) matched and mismatched progressors as controls, are being used to systematically dissect the mechanisms of immune-mediated restriction of HIV replication.

There is a growing consensus that eliciting both neutralizing antibodies (NtAb) and a potent T-cell response will be necessary for an effective HIV vaccine. Eliciting NtAb to HIV, however, has been a challenging goal. Thus far, efforts to determine the mechanism(s) of broad cross-neutralization by patient sera have been hampered by a number of obstacles, including a lack of cohorts with broad responses, a lack of techniques to purify antigen-specific cells, and inefficient cloning techniques. Our work has overcome a number of these obstacles and is permitting a careful study of specificities that mediate broad cross-neutralization. Determining the specificities of these antibodies will likely be critical for the design of effective HIV vaccines.

Dr. Connors received his M.D. from Temple University and was trained in pediatrics at Tufts New England Medical Center. He joined the NIAID Laboratory of Infectious Diseases in 1989 to study the immune response to respiratory syncytial virus. He was trained in infectious diseases at the National Institutes of Health Clinical Center and at the Children’s Hospital of Philadelphia. He joined the Laboratory of Immunoregulation in 1994 to study the human immune response to HIV. Dr. Connors has published a series of discoveries that have laid the framework for current understanding of immunologic control of HIV in some rare patients and loss of immunologic control in the majority of infected patients.