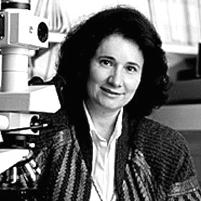 The Surgical Pathology Section provides expertise and diagnostic services in the field of anatomic pathology for Clinical Center patients and collaborates with the research staff in those investigations that involve the use and study of human pathological material. Approximately 6,000 surgical specimens and biopsies (more than 60,000 slides, which include routine and a variety of special stains) are accessioned each year. These include more than 2,000 fresh human tissues. Members of the section are primary faculty for the instruction of residents in surgical pathology. To assist in providing better patient care, the members of the section also participate in a variety of teaching programs and departmental conferences (with, for example, the Surgery Branch) in which patient diagnosis and modalities of therapy are discussed. Members also provide consultant services to the community as well as to pathologists throughout the country.

Dr. Merino's research aim is to study and investigate the role of different tumor markers as prognostic tools in the diagnosis of breast, gynecological, and thyroid cancers, as well as other endocrine tumors and soft tissue sarcomas. She and her colleagues are investigating the potential role that genetic alterations may have in recognizing premalignant lesions of the breast. The purpose of these studies is to investigate the presence of tumor suppressor genes in these locations and the possible role they may play in the development of sporadic human breast cancer. Dr. Merino is interested in studying precancerous conditions that may lead to the development of invasive cancers.

Dr. Merino received her B.S. and M.D. from the University of Venezuela. After graduating from medical school in 1974, she was accepted at Yale-New Haven Hospital as a resident in anatomic pathology. She remained in the Laboratory of Pathology at Yale University as chief resident and fellow in surgical pathology under the supervision of Dr. Darryl Carter. After completion of her residency, she was asked to remain as an assistant professor first and later associate professor in pathology and as a member of the surgical pathology staff at the Yale University School of Medicine. In 1985, she joined the Laboratory of Pathology at the NIH. In 1995, Dr. Merino was made a member of the Royal Academy of Medicine of Madrid, Spain.