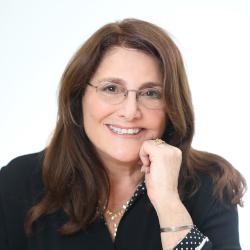 Dr. Role’s research focuses on the brain’s cholinergic system over the lifespan. Cholinergic signaling—which is essential for attention, cognitive processing, and memory—is compromised in neurological disorders including Alzheimer disease and Parkinson disease. The lab has focused primarily on physiological approaches to cholinergic circuits and neural-systems analysis in genetically modified mice. Recently, we have expanded our research to include human studies of mild cognitive impairment. In this work, we are using a novel positron-emission tomography tracer of cholinergic neurons in the brain. Her lab is using new molecular genetic approaches to dissect the role of cholinergic modulation in the encoding of high-salience memories. Detecting saliency (the quality of something standing out or being noticeable) facilitates learning and survival by enabling organisms to focus their perceptual and cognitive resources on the most pertinent subset of the available sensory data. They are also developing high-volume imaging and computational approaches for mapping cholinergic projections, and we have been collaborating on studies of new imaging probes for the assessment of cholinergic-terminal integrity in dementia.

Dr. Role joined NINDS February 2019 as the Scientific Director and a Senior Investigator. She obtained an A.B. in applied mathematics from Harvard University (Cambridge, Massachusetts) and a Ph.D. in physiology from Harvard Medical School (Boston). She did her postdoctoral training in pharmacology at Harvard Medical School and at Washington University School of Medicine (St. Louis) with Gerald Fischbach, who later served as the director of NINDS (1998–2001). After her training, she became an assistant professor at Columbia University in 1985 and rose to the level of professor before moving to SUNY Stony Brook in 2008. Dr. Role was a full professor at Columbia University College of Physicians and Surgeons and then a SUNY Distinguished Professor and Chair of the Department of Neurobiology and Behavior at SUNY Stony Brook. She was also co-director of SUNY Stony Brook’s Neurosciences Institute. She has earned many awards and honors, including being named a Fellow of the American Association for the Advancement of Science in 2011 and a Fellow in the American College of Neuropsychopharmacology in 2009. She received three separate awards from the McKnight Foundation at different stages of her career and was twice named a Distinguished Investigator by the National Alliance for Research on Schizophrenia and Depression, now the Brain and Behavior Research Foundation. In 2010, she received the NIH Director’s Pioneer Award, which “supports scientists with outstanding records of creativity pursuing new research directions to develop pioneering approaches to major challenges in biomedical and behavioral research.” She has been the principal investigator on numerous NIH-funded grants, supported continuously since 1982; an early recipient of an NINDS Javits award; and more recently received an NIH Director’s Pioneer Award. She has published more than 100 scientific articles. Over her career at both Columbia University (New York) and the State University of New York (SUNY) at Stony Brook (Stony Brook, New York), Role has mentored nearly 20 undergraduate students and more than 50 postdoctoral fellows, graduate, and medical students. Click to learn more about Lorna Role as NINDS Scientific Director.