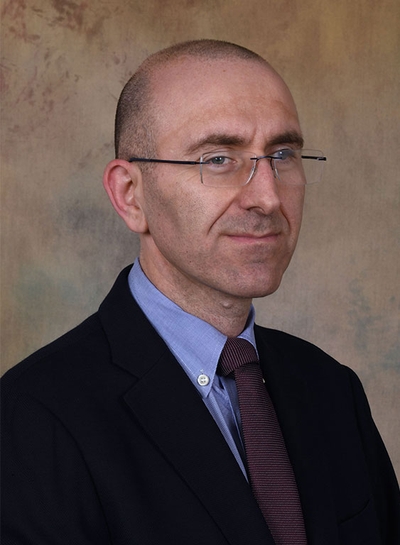 Founded by Dr. Lorenzo Leggio, the Clinical Psychoneuroendocrinology and Neuropsychopharmacology (CPN) Section is a joint NIDA and NIAAA laboratory. The overarching goals of the CPN team are to understand mechanisms underlying addiction and to identify new therapeutic targets. These goals are strategic priorities for both NIDA’s and NIAAA’s missions. We use bidirectional translational approaches that span from basic science to experimental medicine proof-of-concept clinical studies, biospecimen analyses, and big data methods. Areas of interest include the intersection between addictive disorders and neuroendocrine systems, gut-brain axis, and other peripheral-central pathways, with the goal of identifying new targets and treatments. One of our primary approaches includes translational inpatient and outpatient human laboratory studies under well-controlled conditions (also referred to as experimental medicine studies). We further expand our work via collaborative transdisciplinary efforts ranging from basic science (e.g., bench, rodent, and non-human-primate work) that inform patient-centered work, to population-based human studies.

Dr. Lorenzo Leggio is a Senior Investigator (Clinical) in the NIH Intramural Research Program (IRP) with faculty appointments both at NIDA and NIAAA. He serves as Chief of the Clinical Psychoneuroendocrinology and Neuropsychopharmacology Section, a joint NIDA and NIAAA laboratory. He also serves as the NIDA Deputy Scientific Director, Chief of the NIDA IRP Translational Addiction Medicine Branch, Director for the NIDA IRP Translational Analytical Core and Associate Director for Clinical Research for the NIDA IRP Medication Development Program. He also serves as a NIH Senior Attending Medical Staff and as senior medical advisor to the NIAAA Director. In 2022, Dr. Leggio was elected Fellow of the American College on Neuropsychopharmacology. Dr. Leggio received his M.D. and Ph.D. from the Catholic University of Rome and ‘Agostino Gemelli’ hospital, where he also completed residency and received Board Certification in Internal Medicine. He was a visiting research associate, then postdoctoral research associate in Psychiatry and Human Behavior at Brown University, Providence, RI. In 2010, he joined the faculty of the Brown University Medical School as Assistant Professor and Core Faculty at the Brown University Center for Alcohol and Addiction Studies, where he still holds an adjunct appointment as Professor in Behavioral and Social Sciences. He is also an Adjunct Professor of Addiction Medicine at Johns Hopkins University and Adjunct Professor of Neuroscience at Georgetown University. Dr. Leggio’s clinical research has been primarily focused on the treatment of alcohol and substance use disorders, with a special emphasis on the role of microbiome-gut-liver-brain and neuroendocrine pathways as well as GABAergic pathways; and on the medical consequences of alcohol use disorder, focusing on alcohol-associated liver disease. As a Principal Investigator at Brown University, Dr. Leggio received extramural research funding from NIAAA and NIDA, as well as from Brown University, the European Foundation for Alcohol Research, ABMRF/The Foundation for Alcohol Research, and the Brain and Behavior Research Foundation (NARSAD Young Investigator Award). In 2012, Dr. Leggio joined the NIH IRP as a joint NIAAA/NIDA Tenure-Track Clinical Investigator and Section Chief. He was awarded NIH tenure through the Central Tenure Committee and promoted to Senior Investigator (Clinical) in 2018 – two years before his tenure-track clinical appointment was completed. Dr. Leggio, together with his team, colleagues and collaborators have pioneered and conducted work on medication development, on the role of the microbiome-gut-liver-brain axis and on the role of neuroendocrine pathways in addictive behaviors via human laboratory studies and clinical trials as well as via translational and reverse translational experimental medicine approaches. Among other awards, he received the 2008 Nordmann Award from the European Society for Biomedical Research on Alcoholism, the 2016 Early Career Investigator Award from the Research Society on Alcoholism, the 2018 Eva King Killam Award from the American College on Neuropsychopharmacology and the 2020 Jacob P. Waletzky Award from the Society for Neuroscience.