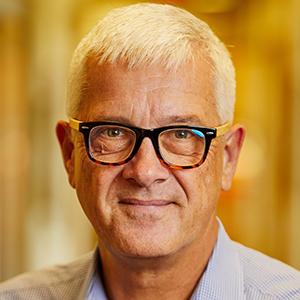 The Clinical Genomics Section research program focuses on understanding the relationship of genomic variation to health and disease. The laboratory is currently engaged in studies in two main areas: rare disorders of development and overgrowth, and new approaches to hypothesis-generating clinical genomics research. The goals of this research program are to improve the medical care of patients affected by these disorders, provide generalized knowledge about the broad field of genetic disease and better understand basic mechanisms of normal and abnormal human development and physiology.

The laboratory's rare disease group uses an integrated clinical-molecular approach to heritable disorders, focusing on pleiotropic malformation syndromes and mosaic overgrowth disorders. Over the past 20 years, the laboratory has performed clinical and molecular delineation of a host of disorders, including malformation syndromes, such as Pallister-Hall syndrome, Greig cephalopolysyndactyly syndrome, McKusick-Kaufman syndrome, Lenz microphthalmia syndrome, oculofaciocardiodigital syndrome and others; and overgrowth disorders, including Proteus syndrome, fibroadipose overgrowth syndrome, hemihyperplasia with multiple lipomatosis, CLOVES syndrome and others. Patients with these disorders exhibit various combinations of congenital malformations, overgrowth, birthmarks, intellectual disability, and other structural and functional abnormalities. The Clinical Genomics Section has been recognized as an international leader in finding novel diagnostic and management approaches to these disorders, many of which are extremely rare. To further elucidate the disorders' clinical manifestations, Dr. Biesecker's group takes advantage of the clinical resources available through the Mark O. Hatfield Clinical Research Center on the main NIH campus.

In order to understand the pathobiology of these syndromes, Dr. Biesecker's group initially used positional cloning, and more recently was in the forefront of using massively parallel sequencing to identify the mutated genes. The group also studies genotype-phenotype correlations and uses animal models to investigate the pathogenetic mechanisms of these disorders. Protocols aimed at understanding the disorders listed above, as well as other disorders having similar manifestations, are actively recruiting individuals for study. The patients undergo extensive and sophisticated phenotypic assessments to generate data essential for understanding the range and variability of these rare disorders.

Based on the molecular discoveries in overgrowth disorders, the group is moving actively into therapeutic approaches. Several of these disorders have been found to have mutations in genes that lead to hyperactivation of the AKT/PIK3CA signaling pathway, a pathway that is commonly mutated in cancer. The group takes advantage of small molecule cancer therapeutic agents to develop approaches to treatment. In contrast to congenital malformations, mosaic overgrowth disorders have a substantial component of postnatal progression, which means that patients with these disorders may be responsive to inhibition of this pathway. By studying this pathway in vitro, in animal models, and in patients, Dr. Biesecker's group hopes to lead to treatments to slow, halt, or perhaps even reverse the severe and often debilitating overgrowth caused by these disorders.

The second major area of research is a highly collaborative large-scale medical sequencing project, which aims to develop and explore novel methods for conducting hypothesis-generating clinical genomics research. This project, aptly named ClinSeq®, uses massively parallel sequencing and other genomic interrogation methods as a tool for clinical research. The ClinSeq® study enrolls patients with a range of phenotypes, from healthy through diseased, having initially focused on cardiovascular disease. Patients undergo an initial medical evaluation for cardiovascular phenotypic features. Using massively parallel sequencing, billions of base pairs of sequence are being generated. This study will contribute to our understanding of the relative contributions of rare versus common genetic variants to common disease. Recent studies in the ClinSeq® cohort include discovery of a gene associated with coronary artery calcification using transcriptome sequencing and the use of a simple method for extracting mitochondrial sequence data from nuclear exome sequencing.

The clinical focus of the ClinSeq® initiative has been expanded to include pharmacogenetics, as well as evaluation of genes that cause cancer susceptibility, malignant hyperthermia, and cardiac muscle and rhythm disorders. This project is one of the leading efforts in an exciting new area of research and is establishing new approaches to study design, informed consent and subject participation for clinical genomics research.

Dr. Biesecker is a clinical and molecular geneticist and is the chief of the Center for Precision Health Research at the National Human Genome Research Institute (NHGRI) of the National Institutes of Health. He uses genetic and genomic technologies to study the etiology of inherited disorders. He received his medical training at the University of Illinois, training in pediatrics at the University of Wisconsin, and in clinical and molecular genetics at the University of Michigan. His laboratory has elucidated the etiology and natural history of numerous diseases, including Proteus syndrome, PIK3CA-related overgrowth syndrome, TARP syndrome, oculofaciocardiodental syndrome, Lenz microphthalmia syndrome, McKusick-Kaufman syndrome, Bardet-Biedl syndrome, Pallister-Hall syndrome and Amish microcephaly, and has contributed to the discovery of many others. In addition, he developed the ClinSeq® program, which has consented more than 1,000 subjects for whole-genome sequencing with the interpretation and return of results. He co-directs a Clinical Laboratory Improvement Ammendments (CLIA)-certified molecular diagnostic laboratory within NHGRI.

Dr. Biesecker serves as an editor or board member for four biomedical journals, is an advisor to the Illumina Corporation and was a member of the board of directors for the American Society of Human Genetics. He served on advisory panels for the World Trade Center and Hurricane Katrina victim identification efforts. He was recently elected to the National Academy of Medicine of the National Academy of Sciences and has been elected to be the president of the American Society of Human Genetics for 2019.