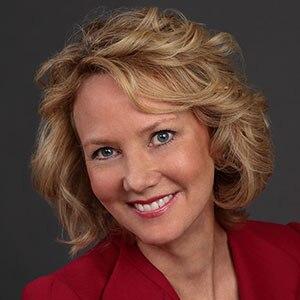 The purpose of our research is to identify the heritable basis for type 2 diabetes and obesity among Pima Indians. We believe that understanding and quantifying specific genetically determined susceptibility factors could lead to prevention by identifying individuals at risk for these diseases. The research could also identify novel therapeutic and personalized targets, which may lead to treatment improvements.

Escalating rates of obesity and type 2 diabetes are primarily attributed to changes in the environment, coupled with changes in lifestyle. In most developed countries, however, food is now plentiful and lifestyle is generally sedentary. Yet not all people develop obesity, nor do most people with obesity develop type 2 diabetes. Multiple studies have shown that heritable factors underlie a significant portion of the variation in risk for obesity and type 2 diabetes. Environmental variables influence expression of this genetic susceptibility. Type 2 diabetes and obesity adversely and disproportionately impact individuals of the Onk Akimel O'odham (Pima) tribe. Our branch has built and sustained a multi-generational relationship with community members of the Onk akimel O'odham (Pima) tribe, and the research focus of my section is to identify and characterize susceptibility genes for type 2 diabetes and obesity among these individuals.

We utilize many genomic techniques to identify determinants of obesity and type 2 diabetes in American Indian populations. Whole-genome sequence data has been analyzed on 428 Pima Indians who have been clinically characterized in our clinical research center. Variation detected in these genomes was used to design and manufacture a custom single nucleotide polymorphism (SNP) array which captures 92% of all common variation in Pima Indians. This array has been used to genotype 10,000 American Indians for 548,000 SNPs, which provided a scaffold for imputation of >20 million SNPs in all these individuals to use in genome-wide association studies (GWASs) of obesity, type 2 diabetes, their physiologic predictors as well as their complications. Creation of this custom Pima Indian specific array has allowed us to capture important genetic information that would have been missed using commercially available arrays. For example, we recently published a study of a variant in the GPR158 gene that associated with lower rates of energy expenditure and increased body mass index (BMI). The BMI risk allele for this variant is far more common in Pima Indians as compared to other ethnic groups (e.g. the risk allele occurs in 60% of Pima Indians and <1% of Caucasians) and thus this variant does not occur on commercial arrays. Overall, variants in/near the KCNQ1 gene provide our strongest genome-wide association with type 2 diabetes, and we have shown that these variants affect diabetes risk via an effect on acute insulin secretion. We have also found variation in the nearby TH gene that provides an independent signal for type 2 diabetes. Since GWASs and/or imputation may not accurately capture rare variants, we have also obtained whole exome sequence data on 8,000 American Indians, such that rare variants can also be analyzed either individually or in combination with other rare variants within the same gene. Variants that associate with type 2 diabetes, obesity or related phenotypes are then functionally characterized. In addition to analyzing variants using standard in vitro systems (e.g. luciferase assays) we are exploring the role of these variants in beta-like cells differentiated from human induced pluripotent stems cells (iPSs). We are currently optimizing the differentiation of iPSCs into beta-like cells with the goal of assessing the ability of selected SNPs to impact insulin secretory function.

Although type 2 diabetes is not always the same disease in different people, currently available drugs are “one size fits all.” Identifying genetic differences that increase risk for this disease will allow development of more specific drugs. Such knowledge will allow physicians to select a drug therapy that is best suited for each patient.

Scientists must conduct more research among minority populations, who suffer from high rates of obesity and type 2 diabetes.