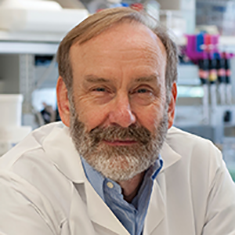 T lymphocytes (T cells) are responsible for distinguishing between foreign and self-antigens, and thus for the initiation of the complex immune response that rids the body of pathogens. In clinical settings, the T cell response must be controlled in autoimmune diseases or following allograft transplantation. In both cases, T cells are inappropriately activated with pathologic consequences. In contrast, clinical oncologists hope to enhance the T cell response to tumor antigens in order to recognize and reject malignant cells. T cell recognition of foreign and self-antigens is mediated by the T cell antigen receptor (TCR). This multicomponent structure is comprised of clonally defined as well as nonpolymorphic subunits. Antigen recognition is mediated by a disulfide-linked heterodimer whose two chains each contain variable and constant region domains. Additional subunits mediate TCR signal transduction, proper receptor assembly, and transport.

Engagement of the TCR by antigenic peptide bound to a histocompatibility molecule (in humans, an HLA molecule) leads to a complex set of biochemical events in which the initial activation of protein phosphorylation is critical. Following binding of the antigen-HLA complex to the TCR, receptors aggregate, associated protein tyrosine kinases (PTK) are activated, and TCR subunits and a number of linker or adapter molecules are phosphorylated on tyrosine residues. These initial events lead to the generation of multiple protein complexes that localize at the TCR and the plasma membrane. These complexes contain enzymes that are regulated by protein phosphorylation and whose substrates are located at the membrane. Activation of protein serine/threonine kinases and pathways coupled to small G proteins, and elevation of intracellular calcium, are examples of the events that follow. These changes regulate cellular movements and lead to activation of transcriptional events that induce production of T cell lymphokines and result in differentiative events.

This laboratory has investigated many of the elements of this activation pathway. Initial studies focused on characterization of the multiple TCR subunits and discovery of TCR tyrosine phosphorylation. Protein tyrosine kinases of the Src family, Fyn and Lck, are associated with the TCR and TCR coreceptors, respectively. The ZAP-70 PTK binds to phosphorylated TCR subunits upon receptor activation. Extensive biochemical studies on these PTKs have been performed in the laboratory. These studies characterized ZAP-70 binding to the TCR and showed how activation of this enzyme is regulated.

Many molecules are substrates for the PTKs activated by TCR engagement. The tyrosine phosphorylation of some of these molecules creates binding sites for additional molecules. These linker or adaptor molecules include LAT, Grb2, Crk, and Cbl. LAT, initially characterized by this laboratory, is an integral membrane protein with multiple tyrosine residues. After phosphorylation these residues provide binding sites for other critical linkers, listed above, and enzymes that activate Ras and hydrolyze phospholipids. We are currently using a multidisciplinary approach to study LAT as well as the multi-protein complexes that form at phosphorylated LAT. These various studies include analysis of mice containing targeted LAT mutations and the characterization of LAT-based complexes in vitro. Many of the signaling momlecules involved in the early TCR-coupled activation process have been tagged with fluorescent markers and expressed in T cells. The group has used these methods to observe the process of assembly of signaling molecules into signaling clusters at the site of T cell activation. We have determined, using imaging and biophysical methods that cluster formation is highly cooperative. Studies of the down-regulation of signaling molecules and complexes are also in progress.

Dr. Samelson received his M.D. degree from Yale University in 1977. Following training in internal medicine at the University of Chicago, he carried out postdoctoral research at the Laboratory of Immunology, National Institute of Allergy and Infectious Diseases. He joined the Cell Biology and Metabolism Branch, National Institute of Child Health and Human Development in 1985, became senior investigator in 1988, and chief of the Section on Lymphocyte Signaling and deputy branch chief in 1995. He became chief of the Laboratory of Cellular and Molecular Biology, NCI, in 1999.