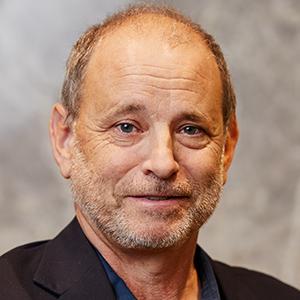 Dr. Lawrence Brody studies the inherited components of human disease. He is interested in studying genetic mutations that lead to perturbations in normal metabolic pathways and cause disorders such as cancer and birth defects.

His laboratory focuses on identifying genetic variants that alter an individual's risk of developing specific conditions. These variants fall roughly into two categories. Some are associated with a very high risk of developing a disease; variants of this type, such as those in known breast cancer-linked genes, are of great medical importance. The second category of variants is associated with more modest risk. The medical significance of variants in the latter group is not yet known, but their isolation and identification can lend insight into the mechanism of complex conditions.

Dr. Brody's major area of investigation focuses on the genetics of neural tube defects (NTDs) and other birth defects. NTDs and congenital heart defects are some of the most common birth defects in the United States. Spina bifida, the most common NTD, results in the exposure of the spinal cord through an opening in the vertebrae. It is often corrected by surgery, but those affected may face lifelong medical complications, including paralysis. Dr. Brody's laboratory is collaborating with researchers at Trinity College in Ireland - a country with an historically high rate of NTDs - and at the National Institute of Child Health and Human Development at NIH to identify genes controlling NTD risk in a large series of affected Irish families. This team has identified human genetic variants in the majority of the genes encoding the constituents of folate, vitamin B12, and homocysteine metabolic pathways. The team also established that genetic variants in folate metabolic pathway genes account for a large fraction of NTD cases. Dr. Brody's laboratory was the first to connect genetic variants in genes involved in vitamin B12 metabolism to neural tube defects.

A major focus of the Brody laboratory involves the study of folate and vitamin B12 metabolism. This "pathway" is central to DNA metabolism, DNA methylation, and approximately one hundred different metabolic steps that involve the transfer of a methyl group between molecules. Given its central role, genes involved in the folate and vitamin B12 pathway are likely to be involved in many disease states. In addition to birth defects, the laboratory has already found that inherited variants in this pathway contribute to medical conditions ranging from miscarriage to diseases of old age. Dysfunction of folate and vitamin B12 metabolism is extremely common in the elderly. Why some aged individuals suffer degenerative disease while others do not is not well understood - there is the possibility that certain combinations of vitamin levels and genetic makeup may lead to premature disease. In an attempt to understand all of the genetic elements that regulate folate and vitamin B12 metabolism, the Brody laboratory is carrying out a genome-wide association study in a large sample of healthy individuals; an international team of collaborators has already measured dozens of metabolites in these same individuals. The genetic and metabolic data will be merged in order to identify variants in genes that control metabolism. Since these same genes are likely to be involved in the disease process, they will be tested in large samples of individuals with birth defects and with diseases of aging such as anemia and dementia.

Dr. Brody is also interested the application of genetic information to public health and disease prevention. With investigators in NHGRI's Social and Behavioral Research Branch, he initiated and co-directs the Multiplex Initiative. This transdisciplinary project was designed to test some elements of personalized genetic risk profiling by providing individuals with a personalized genetic profile. The project is addressing questions aimed at determining the demographics of participation in genetics studies and how individuals perceive and utilize their genetic risk profile.

In 1994, Dr. Brody's laboratory was among the first to report that women carrying BRCA1 or BRCA2 mutations have a higher risk of developing both breast and ovarian cancer than women without such mutations. His group also discovered an unusually high frequency of specific BRCA1 mutations in the Jewish population. His team has studied how these genes function in cells and determined that the normal BRCA1 protein regulates key effectors that control the G2/M DNA damage checkpoint, a cell-cycle checkpoint that prevents cells with genomic damage from entering mitosis and reproducing. While the laboratory no longer studies BRCA1 and BRCA2 at the bench, Dr. Brody continues to carry out bioinformatic studies on these genes. He collects information on mutations identified in patients undergoing genetic testing. More than 2,000 distinct BRCA1 and BRCA2 mutations have been identified to date, and have been cataloged to facilitate further study. Dr. Brody and others have used this information to better understand the range of cancer risk associated with these genetic mutations.