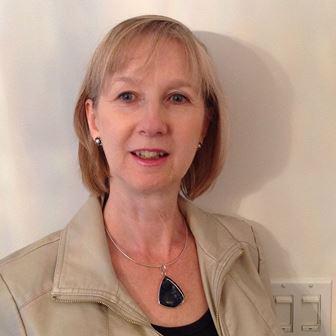 Transforming growth factor-βs (TGF-βs) play central roles in coordinating adult homeostasis and response to injury.  Consequently, dysregulation of this pathway is associated with many disease states, including cancer.  In cancer, the prevailing hypothesis is that TGF-βs have tumor suppressor activity early in cancer progression, but that in the later stages, tumor suppressor activity is lost and pro-oncogenic activities come to dominate.  TGF-β pathway antagonists are in early phase clinical oncology trials, so understanding this dual complex role of TGF-β will be critical for the safe and effective development of these agents.  Our research program applies a multifaceted approach to address this problem and illuminate the biology of this master regulator in the context of breast cancer.

Cancer stem cells (CSCs) are a minor subpopulation of tumor cells that are responsible for driving tumorigenesis and metastasis.  Since CSCs are intrinsically resistant to most cancer therapies, we need to understand their behavior in vivo and the regulatory mechanisms that control them.  The major goal of this part of the program is to investigate CSC dynamics during metastatic progression, and how these are affected by TGF-βs and the tumor microenvironment.  We apply integrated genomic, biologic and imaging approaches to mouse models of metastatic breast cancer.  An important recent advance is our development of a novel fluorescent stem cell reporter which allows us to visualize the cancer stem cell in its native habitat in vivo, with microenvironmental cues intact.   This approach is allowing us to build a dynamic picture of cancer stem cell fate and phenotypic plasticity during metastasis using functional imaging.  We complement the imaging with sophisticated single cell analysis approaches and mechanistic modeling.  The data should give new insights into how to target this therapy-resistant and clinically devastating tumor cell subpopulation.

Consistent with the concept that TGF-β has pro-oncogenic effects in the later stages of cancer progression, many advanced human tumors show elevated TGF-β expression correlating with poor prognosis.  We and others previously made the surprising finding that antagonizing TGF-β in mouse models could suppress metastasis without the expected deleterious effects on normal homeostasis and early tumorigenesis.  As a result, anti-TGF-β therapeutics are now in early phase clinical oncology trials.   Using a large panel of syngeneic immunocompetent mouse models of metastatic breast cancer, we are probing the complex roles of TGF-β in tumor progression.  In support of the clinical development of TGF-β antagonists, work is ongoing to investigate mechanisms underlying heterogeneous responses to anti-TGF-β therapy and develop predictive biomarkers for patient selection.  Our recent development of a TGF-β pathway reporter mouse provides a powerful tool that allows us for the first time to assess the TGF-β signaling landscape all the way from whole animal to single cell resolution during normal homeostasis and cancer progression.  Importantly we can recover cells that are actively signaling for identification and detailed molecular analyses using a range of single cell approaches.  This strategy will enhance our understanding of the central role for TGF-β in mediating communication between tumor cells and the tumor microenvironment during metastatic progression.

Dr. Wakefield obtained her BA and D.Phil. degrees in Biochemistry at the University of Oxford, England. In 1983, she joined the Laboratory of Chemoprevention at the NCI to work with Drs. Michael Sporn and Anita Roberts on the newly-discovered TGF-β proteins and their relation to carcinogenesis. Dr. Wakefield was tenured in 1989, and now heads the Cancer Biology of TGF-β Section in the Laboratory of Cancer Biology and Genetics. She received the NCI Outstanding Mentor Award in 2001 and 2016, and the WSA Mentoring and Leadership Award in 2013.