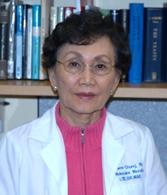 The Molecular Microbiology Section is focused on the pathobiology of Cryptococcus neoformans and Aspergillus fumigatus, two of the most common and serious fungal pathogens that primarily affect immunocompromised patients. Both C. neoformans and A. fumigatus are environmental pathogens that cause life-threatening systemic disease upon inhalation. The fatality rate of these diseases is high even if treated with the most effective antimycotic agents currently available.

Cryptococcus neoformans
Cryptococcus neoformans, an environmental yeast species most commonly found in pigeon droppings and soil contaminated with avian guano, is the etiologic agent of cryptococcosis. Cryptococcosis has been recognized as an AIDS-defining disease because the major risk group of the disease is people infected with HIV. Although C. neoformans can cause lesions in almost every organ after being inhaled by the host, the most common clinical manifestation and most common cause of death is meningoencephalitis, an infection of the brain. Cryptococcus gattii, a sibling species of C. neoformans, also causes cryptococcosis but more frequently in otherwise healthy patients without well-defined underlying risks. The two species share 85 to 90 percent genomic sequence homology but differ significantly in their ecology, epidemiology, and biochemistry. Our section is currently focusing on their differences in pathobiology as well as the way the host responds to the two pathogens.

Aspergillus fumigatus
Pathogenic Aspergillus species are ubiquitous in our environment, and humans regularly inhale numerous Aspergillus spores (conidia) during daily life. Of those species, Aspergillus fumigatus is known to be the major cause of life-threatening invasive pulmonary aspergillosis (IPA) in immunocompromised patients throughout the world. The major risk for IPA is profound neutropenia and chronic granulomatous disease (CGD). However, more than 50 percent of CGD patients, as well as neutropenic patients, do not experience IPA in their lifetime. The Molecular Microbiology Section is currently focused on the pathobiological differences between multiple sibling species that belong to Aspergillus Section Fumigati and host genetic factors that predispose patients to IPA.

Dr. Kwon-Chung received her B.S. and M.S. in biology from Ewha Womans University in Seoul, South Korea, prior to receiving a Fulbright Scholarship to pursue her doctoral work in the Bacteriology Department at the University of Wisconsin, Madison. After receiving her Ph.D. in 1965, she joined the Medical Mycology Section of the NIAID Laboratory of Microbiology as a visiting fellow in 1966. She became a senior investigator in the NIAID Laboratory of Clinical Investigation in 1973 and has been the chief of the Molecular Microbiology Section, Laboratory of Clinical Immunology and Microbiology since 1995. She received Honorary Doctoral Degree in Science from the University of Wisconsin in 2009 and the Lifetime Achievement Award from the American Society for Microbiology in 2017.