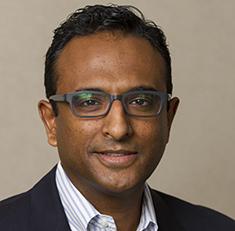 Our laboratory employs classical genetics and biochemistry combined with fluorescence microscopy and biophysical and computational techniques to study how proteins localize in a cell and subsequently assemble into larger structures. We focus on protein localization events during cell division and morphogenesis.

Bacterial spore coat assembly as a model for understanding how large cellular structures are built. Spores are specialized bacterial cells that can remain dormant for decades and are highly resistant to environmental insults. Spores are encased in a thick protein shell termed the “coat”. The basement layer of the coat contains two proteins that initiate coat assembly. SpoVM is a tiny protein that anchors the coat to the spore’s surface. We discovered that SpoVM localizes during spore formation by preferentially embedding in micron-scale convex (positively curved) membranes such as that found on the spore’s surface. SpoVM then recruits SpoIVA, a novel cytoskeletal protein, that we discovered hydrolyzes ATP to irreversibly polymerize to form a shell that encases the developing spore. We are currently studying how later steps in coat assembly proceed and how coat assembly is monitored.

Assembly of synthetic bacteria to display vaccines and deliver drugs. Recently, we have reconstituted the assembly of the basement layer of the spore coat, using purified SpoVM and SpoIVA, around bacteria-sized silica beads surrounded by a membrane to construct synthetic spore-like particles that we named “SSHELs”. We are currently investigating the utility of SSHEL particles in displaying vaccines and delivering drugs to specific tissues.

Regulation of cellular differentiation. Bacterial spore formation (called “sporulation”) is a relatively simple developmental pathway in which a progenitor cell asymmetrically divides, then irreversibly commits to creating two genetically identical daughter cells that exhibit different cell fates (one daughter becomes a spore, and the other daughter nurtures the developing spore and eventually lyses). Entry into sporulation is governed by several well-studied checkpoints, but later steps that regulate progression through sporulation are less well understood. We are currently identifying quality control pathways that govern progression through sporulation after the cell commits to completing this developmental program.

Bacterial cell division. Correct placement of the cell division septum is a fundamental feature of life. We are currently identifying and characterizing components that determine the asymmetric placement of the division septum in the rod-shaped model bacterium Bacillus subtilis when it initiates the differentiation pathway that culminates in the formation of a spore. We are also investigating how a spherical bacterium, the human pathogen Staphylococcus aureus, correctly identifies mid-cell and regulates cell division.

***Graduate students who are interested in a postdoctoral fellowship are encouraged to send their CV directly to Kumaran Ramamurthi (ramamurthiks@mail.nih.gov)***

Kumaran Ramamurthi received his Ph.D. in Molecular Biology from the University of California, Los Angeles (UCLA), where he studied the secretion of bacterial virulence proteins. After a brief research fellowship at the University of Chicago, he studied subcellular protein localization as a Ruth L. Kirchstein National Research Service Award Postdoctoral Fellow at Harvard University.

He arrived at the NIH in 2009 as a Tenure Track Investigator and was promoted to Senior Investigator in 2016. He currently serves on the Editorial Boards of The Journal of Biological Chemistry and Microbiology and Molecular Biology Reviews, and is the Co-Director of the NIH-Johns Hopkins University Graduate Partnership Program. He received the National Cancer Institute Director’s Award in 2016.