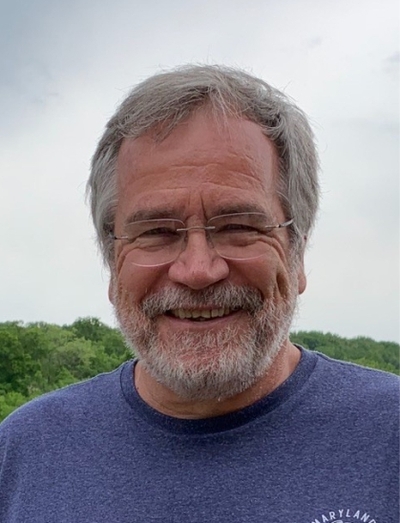 Primate immunodeficiency viruses, including HIV-1, are characterized by the presence of accessory genes such as vif, vpr, vpx, vpu, and nef. Of note, none of these proteins have enzymatic activity. Instead, they act as molecular adaptors to either redirect the normal function of the host factors for virus-specific purposes or to inhibit their normal physiological function by targeting proteins for degradation or by altering their intracellular localization.

The primary objective of the Viral Biochemistry Section (VBCS) is to gain insights into innate host defense mechanisms and to decipher the molecular mechanisms governing the functional neutralization of innate restriction factors by HIV- or SIV-encoded proteins. The ultimate goal is to identify possible points of interference that could lead to the development of novel treatment strategies. Over the last few years, our work on Vif has focused on characterizing mechanisms of dominant-negative interference by defective Vif variants. We also performed a comparative characterization of Vif proteins from HIV-1 versus HIV-2 and observed an interesting difference in how the two viruses deal with APOBEC3B (A3B) restriction.

In a separate line of research, we studied the effects of HIV-1 infection of primary macrophage cultures. We found that HIV-1 virus production from infected macrophages is inhibited by mannose receptor 1 (MRC1). Interestingly, we found evidence to suggest that MRC1 not only affects the release of mature virions from infected macrophages but, in addition, it can also affect the infectivity of the viruses produced in the presence of MRC1. Of note, we found that HIV-1 was able to counteract this effect through transcriptional silencing of the MRC1 promoter in a Tat-dependent manner. We are currently defining the precise molecular mechanisms involved in the control of MRC1 expression in primary macrophages. In particular, we are interested in characterizing a potential role of HIV-1 Vpr in this process.

In a third line of research, we characterized a novel, myeloid cell-specific Vpr-interacting protein, gelsolin. We found that gelsolin reduced expression and packaging of HIV-1 Env into viral particles, thereby reducing viral infectivity. This effect was inhibited by the HIV-1 Vpr protein, which caused degradation of gelsolin. Interestingly, pseudotyping studies revealed that gelsolin was also able to inhibit the expression and packaging of the VSVg glycoprotein into HIV-1 particles. These results suggest that gelsolin may promote lysosomal turnover not only of HIV-1 Env but of other cell-surface glycoproteins as well.

Aside from that. we are currently characterizing two additional restriction factors to understand their antiviral action at the molecular level. Finally, we are continuing our international collaborative effort aimed at gaining a better understanding of the HIV-2 epidemiology, drug resistance, and pathogenesis in Cape Verde, an archipelago located offshore from Senegal at the West African coast with an unusually high incidence of HIV-2 infections. This will involve the functional characterization of HIV-2 accessory genes isolated form primary HIV-2 isolates in primary human cells.

Dr. Strebel received his Ph.D. in microbiology in 1985 from the University of Heidelberg, Germany. After postdoctoral research in Germany on foot-and-mouth disease protein processing and maturation, he joined the Laboratory of Molecular Microbiology (LMM) in 1986 as a postdoctoral fellow to work on molecular mechanisms of HIV-1 replication. He was awarded tenure in 1998 and, since 2000, has been chief of the Viral Biochemistry Section within LMM.

This page was last updated on Tuesday, September 13, 2022