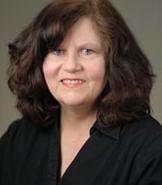 Noroviruses in the Caliciviridae are a major cause of acute gastroenteritis in all age groups. The illness occurs often in settings where people are in close contact, such as families, nursing homes, hospitals, schools, camps, cruise ships, military barracks, and social gatherings. In most individuals, norovirus gastroenteritis (known commonly as “stomach flu”) resolves in two to three days. However, in patients with underlying conditions such as immunosuppression or in the very old and young, the illness can become life-threatening. There are presently no approved vaccines or specific antiviral drugs for the noroviruses, and the overall goal of this research program is to advance their development.

One of the major specific areas of research in our laboratory is to develop experimental systems in which to study norovirus replication and immunity. The inability to grow the human noroviruses associated with acute gastroenteritis has been a major research obstacle. We have conducted comparative studies among diverse members of the Caliciviridae in an effort to learn common themes in calicivirus replication that will inform our understanding of the human noroviruses. Recent breakthroughs include the first visualization of calicivirus replication in real time by the introduction of a fluorescent protein marker in the feline calicivirus genome, a proof of concept study for human norovirus vaccines in an animal model, and the mapping of functional epitopes in a predominant norovirus genotype.

The predominant norovirus strain associated with gastroenteritis outbreaks is named GII.4. Because the prototype norovirus strain, Norwalk virus, was discovered at NIAID by Dr. Albert Kapikian in 1972, NIAID has an extensive collection of archival specimens. We have studied how the surface of the GII.4 virion has changed over the decades to gain insight into how norovirus vaccines should be designed. In this computer-generated image of the GII.4 norovirus capsid protein, a model of the GII.4 virus in 1974 (orange) is superimposed over a more recent GII.4 strain (pink). The blue sticks represent a histo-blood group carbohydrate molecule that many noroviruses recognize on intestinal cells. This binding site has changed little in GII.4 noroviruses for over three decades. However, other regions show minor differences that might influence antibody recognition.

Dr. Green earned her Ph.D. from the University of Tennessee Center for Health Sciences in Memphis in the department of microbiology and immunology. She joined the Laboratory of Infectious Diseases in 1986 and has focused on the study of viruses associated with gastroenteritis. In recent years, her research program has addressed the role of noroviruses in human disease, with an emphasis on the development of prevention and control strategies.