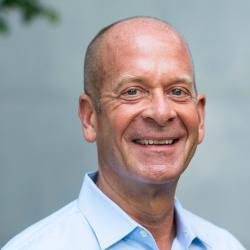 The research focus of the laboratory is to understand how ion channel proteins sense critical biological stimuli, including membrane voltage, temperature and chemical signals. Understanding the structure and mechanisms of voltage-activated ion channels is of fundamental importance because these proteins generate nerve impulses and thereby enable neurons to signal rapidly over long distances. A mechanistic understanding of these proteins is of medical significance because they are involved in many diseases, and are widely targeted by therapeutic drugs. X-ray structures of voltage-activated potassium (Kv) channels in activated/open states have led to new ideas about how interactions between voltage-sensing domains and the lipid membrane may be crucial for the function of these channels. We are exploring this theme using a range of approaches, including using tarantula toxins that bind to voltage-sensing domains within the membrane to investigate the protein-lipid interface and solve the structure of a resting/closed state. We have also discovered a new protein that contains an identifiable S1-S4 voltage-sensing domain and large cytoplasmic termini, which we named Coupled Voltage Sensor (CVS). Our results suggest that CVS is a functional voltage sensor, and we are currently testing the hypothesis that CVS interacts with a intracellular signaling pathways. We also study the mechanism by which transient receptor potential (TRP) channels sense changes in temperature, a mechanism that is critical for their biological roles in thermoregulation and detection of noxious stimuli. Studies with tarantula toxins and regulatory ion binding sites point to a critical role of the external pore in the gating mechanisms of TRPV1, and we are working to localize the temperature sensor and understand its mechanism. Our efforts to understand the structure and operational mechanisms of ligand-activated ion channels involved in intercellular communication has focused on P2X receptor channels, a family of trimeric cation channels that are activated by extracellular ATP. Thus far we have explored the structure and dynamics of the pore, and investigated whether the pore undergoes dilation in response to continual activation. We are currently exploring two distinct mechanisms by which divalent cations differentially regulate P2X receptors, either by binding along with ATP and determining the forms of ATP that serve as agonists, or by binding within an unusual chamber within the large extracellular domain to regulate the process of opening or desensitization.

Dr. Swartz received his B.S. in Chemistry and Biology from Eastern Mennonite College in 1986. He received his Ph.D. in Neurobiology from Harvard University in 1993 where he worked with Bruce Bean studying the regulation of voltage-gated calcium channels by G-proteins and protein kinases. He did postdoctoral training with Roderick MacKinnon at Harvard Medical School, where he began isolating and studying toxins that interact with voltage-activated potassium channels. Dr. Swartz joined NINDS as an Investigator in 1997 to establish a laboratory studying the structure and operational mechanisms of ion channel proteins. He was promoted to Senior Investigator in 2003, received the NIH Directors Award for Scientific Achievement in 2008 and the Kenneth S. Cole Award from the Biophysical Society in 2017. His laboratory is currently using biochemical, molecular biological, biophysical and structural techniques to investigate the structure and functional mechanisms of voltage-activated ion channels, TRP channels and P2X receptor channels.