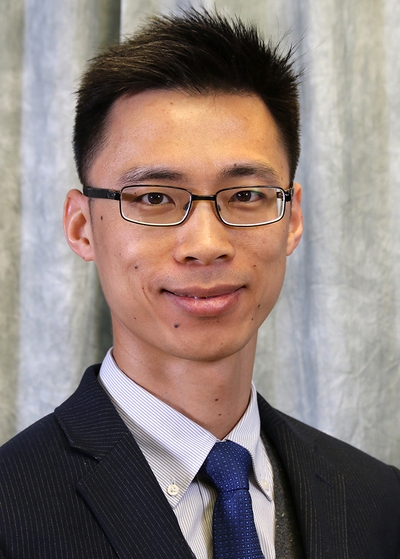 Behavioral health is an important factor in population health and health disparities. Tobacco use is a particular area of behavioral health that have significant public health concern. The 2014 Surgeon General’s report stated that tobacco use claims over 480,000 lives every year in the US. There are also significant disparities in tobacco use by social determinants of health, e.g., the prevalence of smoking in adults varies greatly by education, and the majority of burden of smoking related diseases and deaths are among those with lower education and/or racial/ethnic minorities. Additionally, the tobacco marketplace in the US is rapidly changing with the introduction of electronic nicotine delivery devices (e.g.., e-cigarettes), heated tobacco products, and novel smokeless tobacco products, with potentially harmful consequences. Therefore, it is important to understand tobacco use disparities in this new marketplace and address associated health disparities. To this end, Dr. Choi’s research uses a marketing research perspective to better understand tobacco use and develop interventions to reduce and eliminate tobacco use disparities. This research perspective integrates social and behavioral epidemiology, economics, health communication/advertising, psychology and consumer research, and allows for investigation of multi-level dynamics (including individuals, peer networks, health care providers, policymakers, and tobacco companies). It also offer clear action strategies to promote social and behavioral changes. Currently, Dr. Choi’s research focuses on the following areas:

Mediating and moderating factors associated with tobacco use disparities
Knowing the factors that explain the interrelationships between social determinants and tobacco use behaviors offers insights into how to break these interrelationships. One key factor is tobacco marketing. For example, Dr. Choi and his collaborators found that individuals of lower socioeconomic status were more likely than their higher socioeconomic status counterparts to be exposed to tobacco direct-to-consumer marketing, including direct mail materials and emails with discount coupons for tobacco products. Furthermore, exposure to tobacco direct-to-consumer marketing is associated with subsequent progression of smoking, and lower likelihood of sustained smoking cessation. Findings from these studies support state and local policies to regulate tobacco direct-to-consumer marketing.

Using marketing research perspective to reduce tobacco use disparities
Dr. Choi and his group investigate how to leverage marketing approaches to reduce tobacco-use disparities, particularly among young adults. For example, he led a team of collaborators to examine how tobacco tax increase may influence tobacco purchasing behaviors and their variabilities by social determinants through experimental studies and computational modeling. Additionally, his group is studying the psychophysiological responses to tobacco marketing materials among smokers, to inform how best to regulate these materials, and at the same time how best to design anti-tobacco messages.

Tobacco use patterns and health outcomes
To better understand the disparities in tobacco product use pattern, Dr. Choi and his group developed the Tobacco Product Use Pattern (T-PUP) Model, which classifies tobacco users in seven distinct T-PUPs. Dr. Choi also led an investigation with collaborators to examine mortality associated with each T-PUP. In another study, his group found that smoking influences the sleep quality in youth, and the influences differ between black and white youth. Additionally, Dr. Choi and his group found that youth with asthma have higher prevalence of e-cigarette use than youth without asthma. They also found that e-cigarette use is associated with susceptibility to smoking and having asthma attacks among youth with asthma.

Dr. Kelvin Choi is a Senior Investigator at the Division of Intramural Research, National Institute on Minority Health and Health Disparities (NIMHD). He was recruited to NIMHD as an Earl Stadtman Investigator. Prior to joining NIMHD, he was an Assistant Professor at the University of Minnesota. Dr. Choi received his MPH in Community Health Education, and PhD in Social and Behavioral Epidemiology from the University of Minnesota. He was an invited attendee of the 2011 NIH Institute on Systems Science and Health, and 2012 NIH Training Institute for Dissemination and Implementation Research in Health. Dr. Choi’s research has been published in over 80 articles in peer-reviewed journals and presented at over 50 conference oral presentations. He has been recognized by Tobacco Control and Nicotine & Tobacco Research as Reviewer of the Year, and current serve on the Editorial Advisory Board for Tobacco Control. In 2019, Dr. Choi received the Society for Research on Nicotine and Tobacco (SRNT) Jarvik-Russell Early Stage Investigator Award as a recognition of his extraordinary contributions to the field of nicotine and tobacco research within seven years after his terminal degree. Dr. Choi currently serves as the Co-chair of the SRNT Health Disparities Network, and a member of the California Tobacco Control Program Evaluation Task Force.

This page was last updated on September 5th, 2020