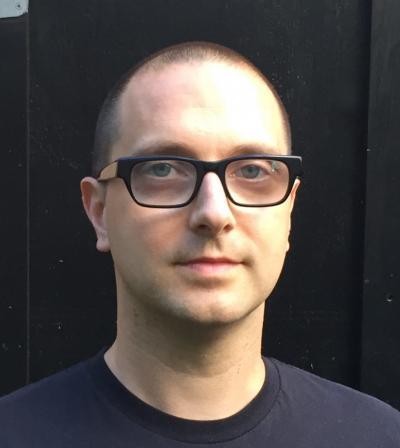 Laboratory of Molecular and Cellular Imaging

Every living cell ingests and extrudes material by recycling part of its membrane to form vesicles that are internalized (endocytosis) or externalized (exocytosis). These processes are broadly important and carefully regulated in all cell types, but in electrically active cells like neurons, they form the basis for rapid intercellular communication (synaptic transmission) and are therefore under precise temporal control. Dysfunctions in synaptic transmission contribute to several neurologic disorders. Dr. Taraska studies how vesicles fuse with and are recaptured from the cell surface in excitable cells; he seeks to identify the proteins that control these processes and determine their impact on human health and disease.

Researchers have studied the proteins that underlie these fundamental processes primarily at two levels. On the one hand, beautiful static crystal structures reveal atomic scale information about individual proteins and their interactions; on the other, genetic manipulations combined with cell physiologic assays reveal the importance of particular proteins to exo- and endocytic subprocesses. Dr. Taraska aims to bridge these two levels of analysis to visualize how protein machines dynamically rearrange and move within a living cell. Through a multi-disciplinary approach, he hopes to reveal how individual molecular machines work in a complex cellular environment.

His recent work has focused on the moments following vesicle fusion to the membrane to identify how proteins on the cell surface are gathering up the fused material and bringing it back in to the cell. During synaptic transmission, this rapid recycling process is critical to continued proper functioning of the cell. Dr. Taraska uses fluorescence imaging of individual candidate proteins in living cells to discern their kinetics and dynamics in relation to the recycling process.

Fluorescence tagging typically only represents a single pair of points on a highly complex protein. Dr. Taraska has been decorating proteins at multiple points with pairs of fluorescent tags to map the entire surface of the protein. The resulting matrix of distances can be used to model changes in protein conformation. Dr. Taraska hopes approaches such as these will one day reveal the entire molecular topology of the plasma membrane at an atomic level, so that regulation of cellular process like synaptic transmission—and ultimately, physiology processes like learning and memory—can be understood and manipulated at the atomic level.

Justin Taraska received his B.A. in biology from Reed College in 1999 and earned his Ph.D. in cell biology from Oregon Health and Science University in 2004 in the laboratory of Wolfhard Almers. He conducted his postdoctoral research in the laboratory of William Zagotta at the University of Washington during which time he received a Jane Coffin Child Memorial Fellowship. In 2010, Dr. Taraska became a tenure-track Investigator at the NHLBI. Dr. Taraska is a 2012 PECASE recipient, the highest honor bestowed by the U.S. government on outstanding scientists and engineers beginning their independent careers. Dr. Taraska is a member of the Biophysical Society and the American Society for Cell Biology. He is also the co-director of the analytical and quantitative light microscopy course (AQLM) at the Marine Biological Lab in Woods Hole, MA.