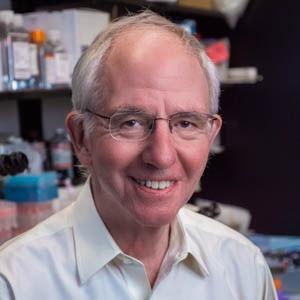 Using the mouse as a paradigm, we study the developmental biology of gametogenesis, fertilization and pre-implantation embryogenesis. We investigate molecular mechanisms used by germ cell-specific factors to promote spermatogenesis in males and folliculogenesis in females that ensure fertilization and sustain pre-implantation development. Our research projects include:

During mouse gametogenesis, exosome associated RNases play important roles in sculpting and maintaining RNA homeostasis. A defining trait of the male germline is the presence of a self-renewing pool of spermatogonial stem cells that differentiate and undergo two reductive divisions of meiosis to form haploid round spermatids. The spermatids metamorphose into mature spermatozoa during spermiogenesis which is dependent on nuclear licensing factor(s) required for transcriptional elongation at pachytene piRNA loci. Investigations are underway to identify germline specific components of the elongation complex and better understand downstream targets essential for spermiogenesis and male fertility. At birth, the ovary contains its full complement of germ cells and asymmetric cell division during meiosis is a hallmark of female gametogenesis. We have identified a germ-cell specific transcription factor, FIGLA, required to establish primordial follicles and its ablation prevents follicle formation which causes germ cell depletion and female sterility. Identification of downstream targets of FIGLA should provide additional insights into the molecular basis of follicle formation and provide candidate genes for maternal effects that disrupt embryogenesis.

Monospermic fertilization is essential for the onset of development. One sperm is required, but two are lethal. A major arbiter of this constricted window of opportunity is the zona pellucida matrix that surrounds ovulated eggs and pre-implantation embryos. The extracellular human and mouse zonae pellucidae are composed of four (huZP1-4) or three (moZP1-3) glycoproteins, respectively. We have developed models in which sperm-egg recognition is predicated on the N-terminus of ZP2 which is cleaved by ovastacin, a metalloendoprotease released from egg cortical granules following fertilization. These studies have expanded into investigations into cortical granule biology and a transient block to penetration of the zona pellucida prior to a definitive block that precludes sperm binding. Molecular biology and mouse transgenesis are being used to validate these models and investigate subsequent events of mammalian fertilization.

We have focused on maternal effect factors that are transcribed, translated and stored during post-natal oogenesis. We find that following fertilization, Dppa3 is cleaved by the ubiquitin proteasome system at a single site and has cytoplasmic function in addition to its role in regulating nuclear methylation. Prevention of Dppa3 cleavage by gene editing prevents translocation from the nucleus to the cytoplasm and adversely affects cleavage stage development. An additional six maternal proteins are incorporated into a subcortical maternal complex (SCMC) that helps tether cortical granules to the periphery of eggs and is required for cleavage-stage embryogenesis. When genes encoding members of the complex are ablated, embryos do not progress beyond the 2-cell stage, do not activate the embryonic genome and are uniformly infertile. Efforts are underway to define the molecular basis of these and other maternal effect phenotypes, particularly those that affect activation of the embryonic genome.