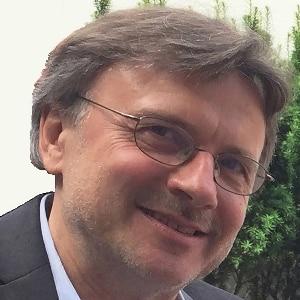 The ultimate goal of this work is to identify novel drug targets for the more effective treatment of various human diseases, including type 2 diabetes and obesity.

My laboratory pursues the following two major lines of work.

One major focus of my group is to understand how GPCRs function at the molecular level. GPCRs, one of the largest protein families found in nature, are cell-surface receptors that mediate the functions of an extraordinarily large number of extracellular ligands (neurotransmitters, hormones, etc.). The human genome contains approximately 800 distinct GPCR genes, corresponding to 3-4 percent of all human genes. Strikingly, 30-40 percent of drugs in current clinical use act on specific GPCRs. Understanding how GPCRs function at the molecular level is therefore of considerable therapeutic relevance. My lab uses different molecular, genetic, and biochemical strategies to address the following fundamental questions regarding the structure and function of these receptors: (1) How do GPCRs recognize and activate G proteins? (2) Which conformational changes do activating ligands induce in the receptor protein? (3) What is the structural basis and functional relevance of GPCR dimerization? My lab is also engaged in efforts, in collaboration with the labs of Drs. Brian Kobilka and Andrew Kruse, to obtain high-resolution X-ray structures for members of the muscarinic receptor family of GPCRs. These studies should eventually lead to novel therapeutic approaches aimed at modulating the function of specific GPCRs.

Many of the important physiological functions of the neurotransmitter acetylcholine are caused by the interaction of acetylcholine with a group of GPCRs referred to as muscarinic receptors (M1-M5 receptors). To elucidate the physiological roles of the individual muscarinic receptor subtypes, we are using gene-targeting techniques, including Cre/loxP technology, to generate mouse lines lacking functional M1-M5 muscarinic receptors, either throughout the body or only in certain tissues or cell types. Current phenotyping studies deal with the potential roles of the M1-M5 receptors in regulating energy and glucose homeostasis in various peripheral and central tissues. During the past few years, systematic studies with these mutant animals have provided a rational basis for the development of novel, receptor subtype-selective muscarinic drugs for many important human diseases.

Use of Designer GPCRs For Metabolism Research - Possible Therapeutic Implications

During the past few years, designer GPCRs referred to as DREADDs (designer receptors exclusively activated by designer drugs) have emerged as powerful novel tools to study the physiological relevance of distinct GPCR signaling pathways in specific tissues in vivo. Structurally, DREADDs are mutant muscarinic receptors that can be activated with high potency by clozapine-N-oxide (CNO), an otherwise pharmacologically inert agent. However, DREADDs cannot be activated by acetylcholine, the endogenous muscarinic receptor agonist. During the past few years, we expressed DREADDs with different G protein coupling properties in several metabolically relevant cell types, including pancreatic beta-cells, hepatocytes, adipocytes, skeletal muscle cells, and certain neuronal subpopulations of the hypothalamus. CNO treatment of the resulting mutant mice makes it possible to assess the in vivo consequences of activating distinct GPCR signaling pathways in specific metabolically relevant cell types. Such information cannot be obtained by using ligands targeting endogenous GPCRs which are expressed in many tissues and cell types. By using this novel strategy, we identified several GPCR-dependent signaling pathways as potential new targets for the treatment of diabetes, obesity, and related metabolic disorders.

Roles of Beta-Arrestins in Regulating Glucose and Energy Homeostasis

Beta-arrestin-1 and -2 (also known as arrestin-2 and -3, respectively) are key regulators of the activity of virtually all GPCRs. Beta-arrestins are known to play a central role in terminating GPCR signaling. However, during the past decade, beta-arrestins have emerged as signal transducers in their own right, primarily by acting as adaptor proteins for various signaling proteins and their effector pathways. Several studies suggest that these non-canonical beta-arrestin functions can be exploited for the development of novel classes of clinically useful drugs, including beta-arrestin-biased agonists.

Little is known about the roles of beta-arrestins in regulating glucose and energy homeostasis in vivo and which specific pathways and cell types are involved in these activities. We started to use floxed beta-arrestin mice to inactivate the beta-arrestin-1 and -2 genes in metabolically relevant cell types in adult mice. These cell types include pancreatic beta-cells, hepatocytes, adipocytes, skeletal muscle cells, and certain neuronal subpopulations of the hypothalamus. This new series of mutant mice is currently being analyzed by using a comprehensive set of metabolic techniques. This research is likely to identify new beta-arrestin-dependent cellular pathways as potential targets for the treatment of important metabolic diseases including type 2 diabetes.

Type 2 diabetes and obesity have emerged as major threats to human health in the 21st century. It is likely that the proposed studies will identify novel biological targets for the treatment of these and related pathophysiological conditions. Moreover, a better understanding of GPCR structure and function should lead to new strategies aimed at improving the pharmacotherapy of many important human diseases.

Areas in this field that require further study include GPCR structure and function, mechanisms of ligand binding, and the physiological and pathophysiological roles of distinct GPCRs and GPCR signaling pathways in specific cell types in vivo.