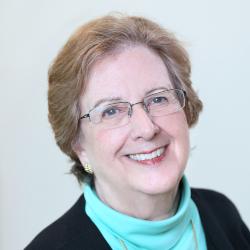 The goal of the Neurophysiological Pharmacology Section is to elucidate the function of specific neuronal systems in regulating information processing in basal ganglia-thalamocortical networks. The Section interests are currently focused on relationships between dopamine and basal ganglia-thalamocortical system function and dysfunction, especially with respect to movement disorders. Effort is directed toward identifying mechanisms that could be manipulated to prevent, correct, and/or compensate for dysfunction occurring in these systems in disorders such as Parkinson's disease, dyskinesia, Huntington's disease, Tourette's syndrome and attention deficit/hyperactivity disorder (ADHD).

Neurophysiological approaches are utilized to investigate activity in basal ganglia-thalamocortical circuits in normal and abnormal motor states and the potential for modulating basal ganglia- thalamocortical network function with drugs and other interventions, such as deep brain stimulation. An area of current interest is the role of dopamine receptor stimulation in modulation of synchronized and oscillatory neuronal activity in a range of frequencies in the context of basal ganglia-thalamocortical network function and dysfunction. Techniques include in vivo recordings in anesthetized and awake behaving rodent preparations in conjunction with selective lesion, stimulation or drug treatments, and biochemical, behavioral and anatomical measures.

Dr. Walters received her B.A. degree from Mt. Holyoke College and her Ph.D. from Yale University, where she studied the pharmacology and neurophysiology of the dopamine system in the basal ganglia. After postdoctoral work at Yale, she joined the faculty of the Department of Psychiatry at the Yale University School of Medicine and then moved to the Experimental Therapeutics Branch in NINDS, where she now serves as Chief of the Neurophysiological Pharmacology Section. Her laboratory explores the role of dopamine in basal ganglia-thalamocortical function.