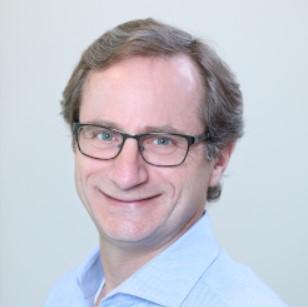 The Membrane Transport Biophysics Unit focuses on understanding the physical principles governing membrane-protein function. Our major model proteins are members of the ClC family of anion-transport proteins. Use a combination of biochemical and physiological approaches, we seek to understand the protein elements mediating chloride selectivity as well as those involved in regulating the passage of ions across the membrane. Recent developments, including the determination of a high-resolution structure of a bacterial ClC, have allowed us to focus our attention on particular regions of these proteins, which we explore with combinations of biochemistry, genetic mutation, and electrical recordings.

Currently, we are using fluorescence-based methods to determine the nature and magnitude of conformational changes involved in the transport mechanism of ClC-ec1. We also measure the chloride and proton fluxes through these transporters using electrical recordings in lipid bilayer membranes as a means to probe the functional behavior of these proteins.

We are also interested in other transport proteins. Bacterial genome projects continue to reveal that these so-called ‘lower’ organisms express membrane proteins which are remarkably similar to their physiologically important mammalian cousins. Furthermore, compared to their ‘higher’ counterparts, these bacterial proteins are often more chemically stable and are easier to purify in large quantities, rendering them amenable to structural analysis. We have expressed several such proteins, and are pursuing more detailed analysis of their function and architecture.

Dr. Mindell received his B.S. degree in Molecular Biophysics and Biochemistry from Yale University in 1986. In 1994 he received his M.D. and Ph.D. degrees from the Albert Einstein College of Medicine, where he worked with Alan Finkelstein studying the structure and function of ion channels formed by diphtheria toxin. After a residency in internal medicine at Brigham and Women's Hospital, Dr. Mindell did post-doctoral work with Chris Miller at Brandeis University; there he focused on structural and functional characterization of ClC-type chloride channels using cryoelectron microscopy and other approaches. Dr. Mindell joined NINDS as an investigator in 2002. His laboratory is using a combination of structural and functional approaches to answer mechanistic questions regarding ClC channels and other anion transport proteins.