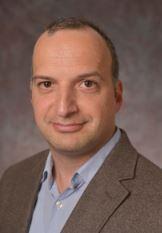 Our laboratory is committed to understanding how positive-sense RNA viruses enter human host cells, replicate, and evade the immune response. Toward this overarching goal we are (1) determining how hepatitis C virus (HCV) glycoproteins with host cell receptors and broadly neutralizing antibodies, (2) exploring the mechanisms of viral polyprotein processing, and (3) examining how the innate immune system distinguishes self versus viral RNAs. Our long-term goal is to discover and develop an effective HCV vaccine, novel antiviral drugs, and RIG-I immunomodulators for use as broad-based antiviral agents.

HCV represents an important public health problem, infecting an estimated 2% of the world’s population, approximately 150 million people. There is no vaccine against HCV and it is estimated that an additional 3-4 million individuals become newly infected each year worldwide. Several direct acting antivirals for HCV have recently been FDA approved; however, there is still a need for an HCV vaccine as these drugs are prohibitively expensive. HCV is an enveloped virus with an outer shell composed of many copies of two glycoproteins, E1 and E2. Mechanistic studies aimed at providing a detailed understanding of HCV entry have lagged behind due to an inability to produce properly folded HCV glycoproteins. To circumvent this obstacle, my laboratory has developed a cost-, labor-, and time-efficient method for the large-scale production of recombinant glycoproteins in mammalian cell lines with native, post-translational modifications. This production system enabled the first determination of the core domain of HCV E2 structure in complex with an Fab (Khan et al. Nature 2014). This structure revealed that HCV E2 does not share any similarity to other viral glycoproteins, including those from closely related viruses, suggesting that HCV may use a novel entry mechanism.

Numerous viruses, many of which severely impact human health around the globe (e.g. HIV, Zika virus, Dengue virus, West Nile virus, chikungunya virus, and SARS virus), utilize a gene expression mechanism wherein one gene encodes a single polyprotein that is post-translationally cleaved into individual proteins. Proteolytic processing occurs in a highly regulated and coordinated manner with intermediates having distinct functions and playing important roles during viral infection. Remarkably, viral proteases found within the polyprotein are capable of performing multiple cleavages that can be separated by long distances in linear sequence. Despite the commonality of polyprotein processing as a means of regulating the viral life cycle, very little is known about the higher order complexes of replication proteins post-processing, and even less about the structural properties of the precursor forms. Much of the existing biochemical and biophysical information on viral proteins stems from structural results of individual domains or mature forms of the viral proteins. To fully understand the biology and the regulation behind each step of the viral life cycle, it is absolutely necessary to examine the changes in the properties of viral proteins before and after polyprotein processing. We have determined the structure of the precleavage form of a portion of the Alphavirus replication machinery, helping to illuminate these critical steps in the virus life cycle (Shin et al. PNAS 2012). Our results have provided unprecedented insights into viral polyprotein processing and pathogenesis, which may be applicable to other important human viruses that undergo polyprotein processing.

The innate immune system is an evolutionarily ancient component of the host defense mechanisms. The innate immune receptors can efficiently distinguish general features of pathogens in a background of related self-molecules. The RIG-I (retinoic-acid-inducible gene-I) like receptors (RLR) consist of three cytoplasmic proteins (RIG-I, MDA5 and LGP2) that detect the presence of viral RNA in infected cells. A major goal of our research is to understand the mechanism of self versus non-self recognition and immune signaling actions of the RLR family receptors. To understand the synergy between the various domains of RIG-I for RNA binding and activation, my laboratory determined the structure of the RNA binding domains of human RIG-I in complex with dsRNA and an ATP analogue (Jiang et al. Nature, 2011). Recently, we established that the 2’O-methyl group on the first nucleotide adjacent to the 7-methyl guanosine cap is an important self versus non-self marker for RIG-I and demonstrated that RNAs with only 7-methyl guanosine caps are PAMPs (Devarkar et al. PNAS 2016).

Dr. Joseph Marcotrigiano pursued graduate studies at Rockefeller University in the laboratory of Dr. Stephen K. Burley, determining the first structures of proteins involved in eukaryotic translation initiation. After receiving a Ph.D., Dr. Marcotrigiano became a Merck Fellow of the Life Sciences Research Foundation at the Center for the Study of Hepatitis C under the direction of Dr. Charles Rice. As a postdoctoral fellow, he determined the structures of HCV nonstructural protein (NS) 5A and NS2. In 2007, he began an independent tenure-track position at the Center for Advanced Biotechnology and Medicine at Rutgers University and was awarded tenure in July 2013. In September 2016, he was selected as a Howard Hughes Medical Institute Faculty Scholar. Dr. Marcotrigiano became chief of the Structural Virology Section in the Laboratory of Infectious Diseases in January 2017.