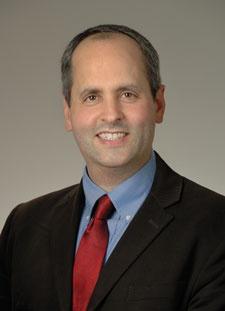 Section on the Mechanism and Regulation of Protein Synthesis

The goal of our research group is to elucidate the molecular mechanisms underlying the initiation phase of protein synthesis in eukaryotic organisms. We use the yeast Saccharomyces cerevisiae as a model system and employ a range of approaches—from genetics to biochemistry to structural biology—in collaboration with Alan Hinnebusch's and Tom Dever’s labs here at NICHD and several other research groups around the world.

Eukaryotic translation initiation is a key control point in the regulation of gene expression. It begins when an initiator methionyl tRNA (Met-tRNAi) is loaded onto the small (40S) ribosomal subunit. Met-tRNAi binds to the 40S subunit as a ternary complex (TC) with the GTP–bound form of the initiation factor eIF2. Three other factors, eIF1, eIF1A, and eIF3, also bind to the 40S subunit and promote the loading of the TC. The resulting 43S pre-initiation complex (PIC) is then loaded onto the 5'-end of an mRNA with the aid of eIF3 and the eIF4 group of factors: the RNA helicase eIF4A; the 5'-7-methylguanosine cap-binding protein eIF4E; the scaffolding protein eIF4G; and the 40S subunit– and RNA–binding protein eIF4B. Both eIF4A and eIF4E bind to eIF4G and form the eIF4F complex. Once loaded onto the mRNA, the 43S PIC is thought to scan the mRNA in search of an AUG start codon. The process is ATP–dependent and likely requires multiple RNA helicases, including the DEAD–box protein Ded1p. Recognition of the start site begins with base pairing between the anticodon of tRNAi and the AUG codon. Base pairing then triggers downstream events that commit the PIC to continuing initiation from that point on the mRNA. These events include ejection of eIF1 from its binding site on the 40S subunit, movement of the C-terminal tail (CTT) of eIF1A, and release of phosphate from eIF2, which converts eIF2 to its GDP–bound state. In addition, the initiator tRNA moves from a position that is not fully engaged in the ribosomal P site [termed P(OUT)] to one that is [P(IN)], and the PIC as a whole converts from an open conformation that is conducive to scanning to a closed one that is not. At this stage, eIF2•GDP dissociates from the PIC, and eIF1A and a second GTPase factor, eIF5B, coordinate joining of the large ribosomal subunit to form the 80S initiation complex. In a process that appears to result in conformational reorganization of the complex, eIF5B hydrolyzes GTP and then dissociates along with eIF1A.

In this position, Lorsch oversees the Institute's $3 billion budget, which supports basic research that increases understanding of biological processes and lays the foundation for advances in disease diagnosis, treatment and prevention.

A leader in RNA biology, Lorsch studies the initiation of translation, a major step in controlling how genes are expressed. When this process goes awry, viral infection, neurodegenerative diseases and cancer can result. To dissect the mechanics of translation initiation, Lorsch and collaborators developed a yeast-based system and a wide variety of biochemical and biophysical methods. The work also has led to efforts to control translation initiation through chemical reagents, such as drugs. Lorsch continues this research as a tenured investigator in the NIH's Eunice Kennedy Shriver National Institute of Child Health and Human Development.

Lorsch is as passionate about education as he is about research. During his tenure at Johns Hopkins, he worked to reform the curricula for graduate and medical education, spearheaded the development of the Center for Innovation in Graduate Biomedical Education, and launched a program offering summer research experiences to local high school students, many from groups that are underrepresented in the biomedical sciences. In addition, he advised dozens of undergraduate and graduate students and postdoctoral fellows.

Lorsch is the author of more than 70 peer-reviewed research articles, book chapters and other papers. He has also been the editor of six volumes of Methods in Enzymology and has been a reviewer for numerous scientific journals. He is the author on two awarded U.S. patents. His honors include six teaching awards from Johns Hopkins.