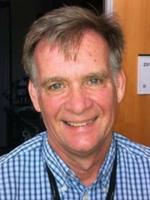 Dr. Hammer's primary research interests revolve around the roles played by motor proteins and cytoskeletal protein dynamics in driving the motility of organelles and cells.

The inside of a living cell is not a still place. From the motor protein-dependent transport of organelles inside the cell, to the changes in overall cell shape driven by cytoskeletal dynamics, normal cell function is highly dependent on movement. Dr. Hammer’s lab uses cell biological, genetic, biochemical, and biophysical approaches, coupled with advanced imaging techniques, to study the molecular interactions that give rise to cellular and intracellular movements, and to define the functional significance of these movements in the context of whole organisms.

Dilute mice, which lack the motor protein myosin Va, exhibit two distinct and striking defects: a defect in coat color and a lack of coordination. Dr. Hammer and his colleagues have shown that both of these phenotypes are the consequence of defects in organelle transport. Regarding the coat color defect, myosin Va is required to generate the correct intracellular distribution of pigment granules (melanosomes) inside melanocytes, which in turn is required for the intercellular transfer of these organelles to keratinocytes, the principal cell type in hair and skin. Regarding the defect in coordination, myosin Va is required to transport the endoplasmic reticulum into the dendritic spines of cerebellar Purkinje neurons, which in turn is required for the type of synaptic plasticity used by this neuron to control limb movements. Dr. Hammer's laboratory is identifying the molecular complexes and mechanisms that connect myosin Va with their specific cargo and regulate those interactions. In recent work, Dr. Hammer’s lab has shown that melanoregulin, the product of the dilute suppressor locus, an extragenic suppressor of the coat color defect exhibited by dilute mice, is a negative regulator of intercellular melanosome transfer.

Myosins travel along the actin cytoskeleton, a network of filaments that can be rapidly altered by the regulated assembly of actin monomers into filaments and the subsequent disassembly of these filaments. Several years ago, Dr. Hammer and his colleagues identified the protein CARMIL in the cellular slime mold Dictyostelium. In addition to binding the unconventional myosin, myosin I, CARMIL binds two major regulators of actin assembly: Capping Protein and Arp 2/3 complex (hence the acronym Capping protein, ARp2/3, Myosin I Linker). His team has continued to study this important bridge between motor protein function and actin cytoskeletal assembly through biochemical characterization, single-molecule imaging, structural analyses, and transgenic mouse studies.

Recently, Dr. Hammer has focused more efforts on understanding the role played by cytoskeletal protein dynamics in driving the proper function of T lymphocytes. For T cells to perform their duties, they must form an “immunological synapse” with an antigen-presenting cell (APC). The creation of this synapse requires rapid, large-scale polarizations of the T cell’s actin cytoskeleton, its microtubule cytoskeleton, and multiple proteins in the T cell’s plasma membrane. Dr. Hammer and his colleagues have shown that actin polymerization-driven retrograde flow and myosin II-dependent actin arc contraction coordinately drive the movements of T cell receptor and integrin clusters in the plasma membrane to form the mature immunological synapse. Moreover, using a modified confocal microscope equipped with an optical tweezer to control temporally and spatially the presentation of the APC to the T cell, they have recently revealed the underlying mechanism of centrosome repositioning in T cells.

John A. Hammer graduated from the Pennsylvania State University with a Ph.D. in Physiology in 1980. He then joined the NHLBI as a Staff Fellow in the Laboratory of Cell Biology. Since 1990 he has been Chief of the Section on Molecular Cell Biology, CBPC. Dr. Hammer received an NHLBI Merit Award in 1990 and an Orloff Award in 2012. He has authored or coauthored ~100 papers and has served on editorial boards, including the Journal of Muscle Research and Cell Motility (since 1992) and the Journal of Biological Chemistry (2008 to 2013). Dr. Hammer is a member of the American Society for Biochemistry and Molecular Biology, the American Society of Cell Biology, and the Biophysical Society.