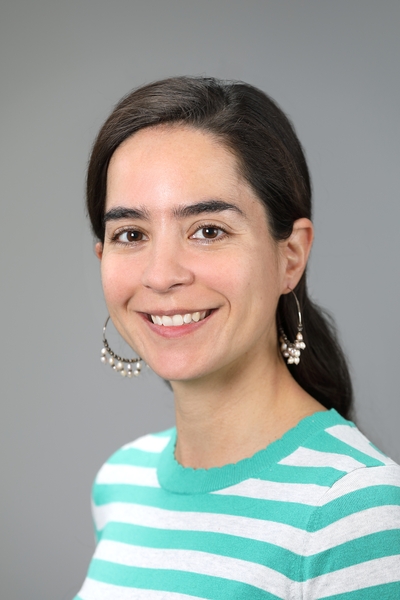 We focus our work on the use of mouse genetics, one of the most powerful approaches to understand gene function and regulation in vivo. To this end, we have developed new platforms to query the genome at a speed and scale not previously possible. First, we developed a spatial and temporally inducible RNAi system to dissect gene function in mice from a single defined locus (Vidigal et al., 2010). Second, we developed experimental and computational approaches to design and construct CRISPR/Cas9 libraries for high-throughput functional screens to the coding and noncoding genome (Vidigal & Ventura, 2015, and Perez, Pritykin, Vidigal et al., 2017). We have applied these tools as well as traditional genome targeting techniques to study the role of noncoding RNAs and RNA binding proteins in mammalian development and disease. Most prominently, we used genetically engineered mice carrying an allelic series of the miR-17~92 cluster to define, for the first time, the regulatory functions of individual members of a polycistronic miRNA gene (Han, Vidigal, Mu et al., 2015). This work showed the co-existence of functional specification and functional cooperation during mammalian development and Myc-driven tumorigenesis. It also provided the first example of a miRNA mutation causing homeotic transformations in mammals and established a rationale for the inhibition of miR-19 for clinical purposes.

Below we give a short overview of our ongoing areas of research:

Functional dissection of small noncoding RNAs
Noncoding RNAs are emerging as essential components of gene regulatory networks in animals and our lab aims to understand what roles they perform in the cell, how their activity is regulated, and how their dysfunction contributes to human disease. Our lab is particularly interested in studying the role of small noncoding RNAs in mammals, especially those that interact with components of the miRNA pathway.

MicroRNAs are a conserved class of small RNAs—around 20 nucleotides long—that regulate gene expression by binding to target genes through incomplete base pairing leading to their degradation and/or translational inhibition. We and others have shown that miRNAs are causally implicated in the etiology of a variety of human diseases, from human developmental syndromes to cancer, but how their activity is regulated in vivo and how their modest regulation of target expression can affect cell behavior and ultimately animal health is not fully understood. In addition to binding to miRNAs, proteins of the miRNA-processing pathway can also interact with other RNA species. However, the identity of these molecules and the physiological relevance of these interactions remain poorly studied. To robustly determine the function and requirement of these small RNAs in vivo, our lab relies heavily on the use of genetically engineered mouse models in combination with biochemical, high-throughput, and computational approaches.

Regulation and function of RNA binding proteins (RBPs)
RNA binding proteins play essential roles in shaping gene expression programs by controlling the life cycle of all classes of RNAs (from maturation, modification, transport, stability) and by mediating the functions of noncoding RNA molecules. The function of these proteins can itself be regulated at multiple steps, including through post-translational modifications or through the binding to different protein partners. Underscoring their importance in mammalian biology, RBPs have now been placed at the center of the regulatory networks that control cell differentiation programs, and mutations in the genes that encode them are being increasingly associated with a number of human diseases, including cancer. To mechanistically dissect the functions of RBPs in vivo our lab is developing novel mouse models and biochemical protocols that can be used to identify protein/RNA interactors, and modification/editing events in a high-throughput manner. Our work focuses primarily on the study of RBP function in the context of small RNA pathways. Nevertheless, we are also employing systematic approaches to dissect how RBPs as a class, impact cell fate decisions and tumor initiation/progression. In this context, one of the strengths of our research program is the high-throughput CRISPR editing platform we have developed.

CRISPR tools to dissect RNA pathways
CRISPR genome editing has revolutionized the speed and scale at which we can dissect gene function. In particular, the ability to generate high-throughput CRISPR libraries provides a way to assign gene function in an unbiased manner in the context of loss-of-function genetics screens. Our lab has developed a set of experimental and computational tools to dissect the functions of the coding and noncoding genes in a high-throughput manner, and we are using these tools to identify noncoding RNAs and RNA binding proteins that regulate cell fate decisions and tumorigenesis. Once candidate genes have been identified, we can further validate their functional relevance in vivo using CRISPR-mediated somatic genome editing.

Dr. Joana Vidigal did her doctoral work at the Max-Planck Institute for Molecular Genetics in Berlin where she gained extensive expertise in mammalian development and mouse genetics. Later on, as a postdoctoral researcher at Memorial Sloan Kettering Cancer Center, she became well versed in cancer biology and the use of mouse models of human cancer to understand tumor initiation and progression. During this time she leveraged her knowledge of mammalian biology and her expertise in mouse genetics to stringently define the physiological roles of noncoding RNAs in animal development, homeostasis and disease. With the goal of accelerating the functional dissection of genes in mammals she also developed a number of tools to perform large-scale loss-of-function genetic screens. Since joining NCI as Stadtman Tenure Track Investigator in 2018, Dr. Vidigal’s ultimate goal is to build upon this work to understand how deregulation of RNA pathways impacts human disease in order to have actionable knowledge that can be used to design better strategies for screening, prevention, and treatment of human diseases.