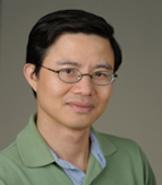 Differentiation of Th cells is tightly regulated by the networks of specific transcription factors. At present, the master regulators of Th lineages that have been identified include T-bet/Stat4 (Th1), GATA-3/Stat5 (Th2), RORγt/Stat3 (Th17), Foxp3/Stat5 (Treg) and Bcl-6/Stat3 (Tfh), respectively. However, emerging data suggest that there are many more critical transcription factors in the regulatory network that are critical for T-cell fate determination and function. In addition, the expression of these factors may not be mutually exclusive, in some cases resulting in massive heterogeneity of CD4 T cells. Interestingly, the ILCs also express many key transcription factors that are found in Th cells, suggesting that a given transcription factor may regulate one particular type of immune response in different immune cells.

A complete understanding of how transcription factor complexes are regulated and how they precisely control heterogeneity, plasticity, and stability of Th cells and ILCs has great implication in designing strategies to treat a broad range of immune-related diseases, including chronic bacterial and viral infections such as HIV, autoimmune diseases, allergic diseases, and cancers.

At the Molecular and Cellular Immunoregulation Section (MCIS), the functions of known key transcription factors, including GATA3 and T-bet, and novel, potentially critical transcription factors during Th and ILC differentiation/development are being investigated with various genetically modified mice including conditional knockout strains. To identify and study Th and ILC subsets at a finer level, multi-color “reporter” mice reflecting the expression of key transcription factors, such as T-bet, GATA3, RORγ t and Foxp3, are being prepared through cross-breeding after generation of single reporter mouse strains using BAC transgenic or knock-in strategies. Fate-mapping experiments to address T-cell plasticity and stability are being performed using reporter mice in which inducible-Cre expression is under the control of cytokine or transcription factor locus. By using these indicator and fate-mapping mice, we will study the development of various lymphocyte subsets at steady state and in autoimmune and infectious settings, and compare the gene expression patterns through RNA-seq in “pure” Th and ILC subsets generated both in vitro and in vivo to identify lineage-specific genes. ChIPseq will be applied to assess genome-wide epigenetic modifications and DNA binding sites for key transcription factors in different cell types. Lineage-specific genes found in mice studies may serve as new biomarkers for identifying human T-cell subsets and/or targets for treating specific human diseases.

He is interested in investigating heterogeneity and plasticity of immune cells and their functions during normal and pathological immune responses at cellular and molecular levels. His focus is on induction and functions of transcription factor complexes during development, lineage commitment, and maintenance of immune cells, particularly CD4 T helper (Th) cells and innate lymphoid cells (ILCs).