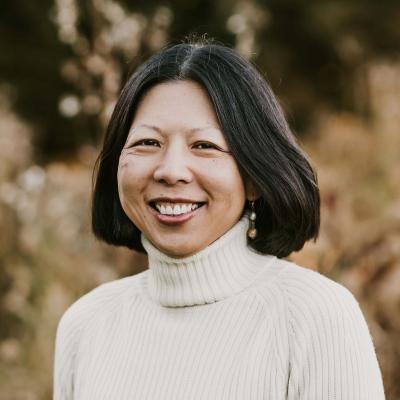 Laboratory of Protein Conformation and Dynamics

Dr. Lee’s laboratory integrates a variety of biophysical and biochemical techniques to understand the molecular mechanisms of amyloid formation. Aggregation of proteins into amyloid structures is a hallmark of human diseases such as Alzheimer’s, Parkinson’s, and Hungtington’s. Interestingly, amyloid fibrils can also serve essential biological roles in organisms ranging from bacteria to humans. Moreover, many polypeptides with widely varying amino acid sequences and folded states can form amyloid in vitro, implying common formation pathways.

Dr. Lee focuses her research efforts on studying changes in protein conformation and dynamics important for the mechanisms by which amyloid structures assemble under normal and pathological conditions. A central question under investigation is: what are the distinguishing features between functional and pathological amyloids? For example, do functional amyloids aggregate such that specific pathogenic conformations are avoided? Or is the formation and degradation of amyloids regulated more efficiently in healthy cells?

To begin to understand these differences, Dr. Lee is currently investigating the mechanisms of amyloid formation for two human proteins: α-synuclein, which is localized to nerve terminals and associated with Parkinson’s disease, and Pmel17, which serves as structural scaffolding for melanin deposition in skin and eyes.

To determine the critical features guiding amyloid formation, Dr. Lee is characterizing how individual amino acid residues affect protein-protein interaction during the amyloid assembly process. A broad approach is taken to gain insights at the residue- to ultrastructural-level. Steady-state and time-resolved fluorescence and anisotropy measurements are utilized to probe local conformational changes. Protein secondary structure is determined using circular dichroism spectroscopy, and transmission electron microscopy is used to visualize filament morphology. Complementary methods, such as dynamic light scattering and atomic force microscopy, are also used. Dr. Lee is also particularly interested in the effect of metal ions and the influence of different cellular membrane compartments on protein misfolding and aggregation. Emerging methods such as neutron reflectometry are also employed to investigate protein-lipid interactions. More recently, she has studied the interaction between α-synuclein and glucocerebrosidase, the enzyme deficient in Gaucher disease, to explain why mutations in GBA, the gene encoding glucocerebrosidase, is a risk factor for Parkinsonism.

Ultimately, Dr. Lee wants to understand the mechanisms of amyloid aggregation and function at a detailed level in the context of the multiple cellular compartments with which they interact. She would like to not only describe the self-assembly process and its critical features, but also determine points of intervention in which amyloid assembly is linked to pathology.

Jennifer C. Lee graduated with a B.S. in chemistry and a B.A. in economics from the University of California, Berkeley, in 1997, and earned her Ph.D. in chemistry from the California Institute of Technology in 2002. Following a one-year postdoctoral stint at the University of Southern California, she became a Beckman Senior Research Fellow at the Beckman Institute Laser Resource Center at the California Institute of Technology where she investigated the structures and dynamics of an intrinsically disordered and amyloid forming protein using time-resolved spectroscopic measurements. In 2006, Dr. Lee joined the NHLBI as a tenure-track Investigtor. She was awarded an NIH Graduate Partnerships Program Outstanding Mentor Award in 2009. Dr. Lee is a member of the American Chemical Society and the Protein Society.