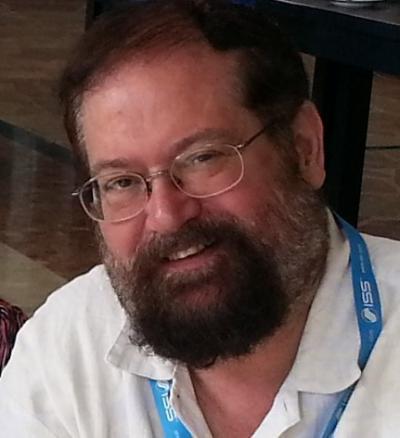 Visualizing the workings of living cells has transformed biological understanding. Today, optical technologies allow us to discern the movements of individual macromolecules in cells embedded within living tissues, but there is still plenty of room for improvement in resolution, speed, and minimizing tissue damage. Dr. Knutson has brought his training in optical physics to create better instruments for examining the inner workings of cells and macromolecular complexes.

Dr. Knutson is working with collaborators to develop two-photon microscopy that allows investigators to see deeper into tissue with higher resolution at a power low enough to avoid tissue damage. Devices have been developed that improve the amount of light recovered from an individual tissue based on a principle they have termed “total emission detection” (TED). The devices are similar in concept to the reflective bowl of a flashlight; in effect, they capture escaping light and return it to the microscope as a beam. In a separate line of investigation, Dr. Knutson is also applying the principles of adaptive optics to compensate for the blurring that results from transmission of light through living tissue of uneven density. In astronomy, a “guidestar” is used to calibrate and hence compensate for the thickness of the atmosphere; accordingly, Dr. Knutson and his colleagues are developing “nano-guidestars” for living tissue.

Dr. Knutson has had a long-standing interest in studying the movement and interaction of proteins and DNA. Naturally occurring amino acid residues in proteins fluoresce, and the color of their emissions depends on their immediate molecular environment, while the polarization of the light indicates their freedom to move. Dr. Knutson and his colleagues have built new instruments to study that fluorescence signal over a time range (picoseconds) that is a thousand times faster than conventional fluorescence spectroscopy. Specifically, the amino acid tryptophan emits light at a longer wavelength when it is surrounded by water molecules that divert some of the emitted energy into dipole movement. Using this technology, Dr. Knutson is addressing fundamental questions about coupling between the motion of water and proteins. He has also studied the role of ultrafast tryptophan fluorescence quenching in crystallin proteins of the human eye, demonstrating that this quality may protect this protein from photodamage produced by ambient UV light.

Recently, Dr. Knutson has taken on the challenge of surpassing the fundamental diffraction limits of optical resolution set by the wavelength of light. Using conventional fluorescence microscopy and traditional optics, it is possible to distinguish features of 0.3 micrometers or more. While recent developments in the field have circumvented this limit by applying a second donut shaped beam to quench the edges of a minimum spot, leaving the “superresolution” signal of interest intact, commercially available microscopes for this method apply so much power to cells that they are of limited value in answering biological questions.

Dr. Knutson has built a Stimulated Emission Depleted (STED) microscope and combined it with novel “antenna” dyes designed by his group that pick up the donut beam signal in the infrared (i.e. with much lower power) and quench the nearby fluorescence. These antennas have the added advantage that they can be attached to a variety of visible dyes yielding low-power, multicolor super-resolution microscopy or “multicolor nanoscopy.”

Jay Knutson received his M.S. in 1975 and Ph.D. in 1978 from the University of Minnesota in Minneapolis. He was a postdoctoral fellow at the Freshwater Institute and from 1980 to 1984, at Johns Hopkins University. Before being named Chief of the Optical Spectroscopy Section in 1999, Dr. Knutson was a senior staff fellow in the NHLBI’s Laboratory of Technical Development from 1984 to 1989, and a research biophysicist in the Laboratory of Cell Biology from 1990 to 1999. He has authored or coauthored more than 80 papers. Dr. Knutson is a member of the Biophysical Society, Society of Photooptical Instrument Engineering, and American Association for the Advancement of Science; he was also elected to the Johns Hopkins University Society of Scholars in 2006.

This page was last updated on Monday, September 5, 2022