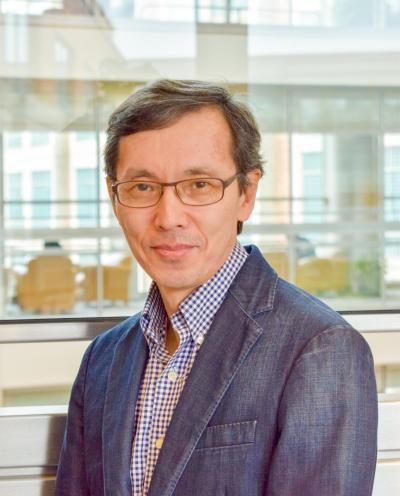 Laboratory of Obesity and Aging Research

Dr. Chung's primary research interest is in understanding how metabolic (mitochondrial) dysfunction affects cellular physiology and leads to disease. Inflammation is at the root of a number of diseases associated with obesity and aging. An important source of ‘metabolic inflammation’ is the mitochondria. One effector of mitochondria-mediated inflammation is mitochondrial DNA (mtDNA) that is released into the cytosol and/or extra-cellular space, where it can activate the Type-I interferon response and autoimmunity. Dr. Chung’s group identified pores formed by the voltage-dependent anion channel (VDAC) oligomers on oxidatively-stressed mitochondria that promote mitochondrial outer membrane permeability (MOMP) in living cells and allow release of mtDNA. Since VDAC oligomerization is promoted by mitochondrial oxidative stress, VDAC oligomer-mediated MOMP links mitochondrial stress to inflammation. The observation that a VDAC oligomerization inhibitor ameliorates lupus-like disease in mice suggests that VDAC oligomers may be a target for treating other conditions associated with inflammation and autoimmunity.

One strategy for reducing the burden of stressed or damaged mitochondria is removing them via mitophagy, which is promoted under conditions of energy-deficiency, such as restricted feeding. A critical player in the salutary effects of restricted feeding is AMP-activated kinase, an energy sensor that is activated by energy-deficiency and promotes autophagy and mitophagy. Not surprisingly, AMPK is a major player in obesity and aging and as such, regulation of AMPK has been a major focus of Dr. Chung’s group. Along this line, Dr. Chung is developing novel treatment strategies to harness the benefits of restricted feeding without altering food intake by discovering novel small molecule drugs and biologicals.

As an endocrinologist, Dr. Chung has been interested in the “obesity-aging” paradox: an average American gains approximately 30 lbs in weight over 30 years in midlife, even though food intake decreases during this period. The weight gain, which occurs primarily in the abdominal/visceral depot, is an important driver of many chronic diseases of Western society: type 2 diabetes, cardiovascular diseases and even cancer and Alzheimer’s disease. Dr. Chung’s group is interested in understanding how DNA-PK activity affects the aging-induced decline in metabolism and mitochondrial function and the role it has in chronic diseases associated with obesity and aging.

Dr. Jay H. Chung earned his bachelor’s degrees in electrical engineering and computer science and biology from M.I.T. before receiving an M.D. and Ph.D. in genetics from Harvard Medical School, where he was awarded the James Tolbert Shipley Prize for Excellence in Research. After an internship and residency in internal medicine at the Brigham and Women’s Hospital, he became an endocrinology fellow at the National Institute of Diabetes and Digestive and Kidney Diseases at the NIH, where he trained with Gary Felsenfeld. He is currently a tenured senior investigator and chief of the Laboratory of Obesity and Aging Research in NHLBI. Dr. Chung has received numerous awards for his research, including the NHLBI Director’s Awards and Orloff Scientific Awards.