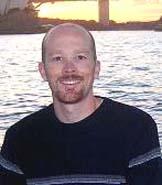 Our work aims to understand better the mechanisms that underlie HIV disease progression. The immune system, particularly its T-cell arm, plays a central role in HIV pathogenesis. Our long-term goal is to use the knowledge gained through these studies to develop novel therapeutic approaches. We use multiple nonhuman primate models with differing disease progression courses, and we study T-cell immunology in HIV-infected individuals or SIV-infected nonhuman primates in order to elucidate mechanisms of disease progression. The main areas of research are summarized below.

Several species of African nonhuman primates are naturally infected with SIV but do not develop AIDS. We have identified a putative mechanism underlying the lack of disease progression in SIVagm-infected African green monkeys. These animals are capable of down-regulating the CD4 receptor for SIV as naïve CD4 T cells enter the memory pool in vivo. Indeed, adult African green monkeys (whether SIVagm-infected or not) have very low frequencies of CD4 T cells but a high frequency of memory T cells that express the alpha chain of CD8 without expression of CD4. Many of these CD8aa+ T cells were originally CD4 T cells and maintain effector functions typically restricted to CD4 T cells (see below). Down-regulation of CD4 renders these memory CD8aa+ T cells resistant to SIV infection in vivo. Hence, these animals are able to maintain immunological function by cells that are not susceptible to infection by SIVagm in vivo. We are currently studying the molecular mechanisms responsible for down-regulation of CD4 by African green monkeys, how these animals maintain immunological function in the absence of CD4 expression, and whether or not other natural hosts for SIV are also able to down-regulate CD4 in vivo.

Chronic activation of the immune system is a hallmark of progressive HIV infection of humans and SIV infection of Asian macaque monkeys. Immune activation can be quantified, and the degree of immune activation is the best predictor of disease progression. We have shown that one cause of immune activation during the chronic phase of infection is translocation of microbial products from the lumen of the gastrointestinal (GI) tract into peripheral circulation. Moreover, our recent data suggests that the epithelial barrier (green, below) of the GI tract is damaged during chronic infection, and this damage allows microbial products, which we can identify by immunohistochemistry and confocal microscopy using monoclonal antibodies specific for bacterial antigens (red, below) to translocate directly into the lamina propria (see below).

We have also recently shown that one of the potential mechanisms underlying damage to the structural barrier of the GI tract is loss of lymphocytes that produce the effector cytokines IL17 and IL22. These cytokines are known to play an important role in epithelial cell proliferation and antibacterial immunity. Loss of IL22 and IL17-producing lymphocytes is, in turn, associated with alteration in the landscape of local antigen presenting cells.

Credit: NIAIDConfocal microscopy of cytokeratin (green) and E coli (red) in the colon of a chronically SIV-infected rhesus macaque.

Recent studies have shown that damage that occurs within the GI tract of chronically HIV-infected humans and SIV-infected Asian macaques is not reversed after administration of antiretroviral (ARV) medications. Indeed, CD4 T cells reconstitute very poorly for even decades after administration of ARVs. Moreover, residual immune activation persists after administration of ARVs, and this residual inflammation is associated with increased mortality of ARV-treated, HIV-infected individuals. Therefore, we have initiated studies aimed at improving CD4 T-cell reconstitution in ARV-treated, SIV-infected Asian macaques. We treated SIV-infected Asian macaques with ARVs only or with ARVs and probiotics for five months. We have found that supplementing ARVs with probiotic GI tract organisms significantly improves reconstitution of CD4 T cells within the GI tract (see figure below). Indeed, ARV and probiotic treated animals had reconstituted CD4 T cells in the colon to near healthy levels in just five months. Hence, probiotics decrease residual immune activation and improve mortality of HIV-infected individuals treated with ARVs.

Dr. Brenchley received a master’s degree from Idaho State University in 1999 and received a Ph.D. from the University of Texas Southwestern Medical Center at Dallas in 2003. He joined NIH as a research fellow, studying immunopathogenesis and mucosal immunology in HIV-infected individuals. Since 2008, he has become an investigator in the Laboratory of Molecular Microbiology and has been a senior investigator since 2013.