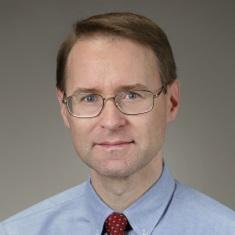 Dr. Kochenderfer is a clinician and translational researcher in the Surgery Branch of the National Cancer Institute (NCI). Dr. Kochenderfer conducts research aimed at developing new T-cell therapies for lymphoma and leukemia. His clinical expertise lies in the areas of hematopoietic stem cell transplantation and hematologic malignancies. Dr. Kochenderfer received his M.D. from West Virginia University in 1995, and he completed clinical training in internal medicine at Vanderbilt University. He completed oncology and hematology fellowships at the University of Texas M.D. Anderson Cancer Center and at Baylor College of Medicine. He completed further training in tumor immunology and stem cell transplantation as a clincial fellow at the NCI. He was an Assistant Clinical Investigator at NCI prior to becoming a tenure-track investigator in 2013. He received tenure from NIH in 2020. He received an American Society of Gene and Cell Therapy Outstanding New Investigator Award (2017) and the FNIH Trailblazer Clinican Award (2019). In 2020, his work on "Development of CAR T-Cell Therapy for Myeloma” was selected as a 2020 Top 10 Clinical Research Achievement Awards by the Clinical Research Forum.