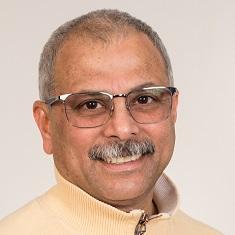 Our long-term objective is to understand the complex interrelationship between phospholipid and sphingolipid metabolism and metabolic signaling in vivo. Intermediates of phospholipid (PL) and sphingolipid (SL) metabolism serve as second messengers for a number of signaling cascades including activation of G-protein-coupled receptors such as adrenaline and thrombin as well as receptor tyrosine kinases by growth factors. They mediate a number of processes ranging from protein secretion to activation of apoptosis. We have studied several aspects of lipid signaling in Drosophila. For more than a century, researchers have known that sphingolipids are structural components of cell membranes. In fact, they are integral membrane components and are present in every phylum. Moreover, sphingolipids are associated with human disease. Many human inborn errors of metabolism such as Niemann-Pick disease are caused by defective sphingolipid metabolism, and some tumors, upon acquiring drug resistance, show marked changes in their steady-state levels of sphingolipids such as glucosylceramide. Recent studies have shown that intermediates of sphingolipid metabolism also act as second messengers, and that sphingolipid metabolism is differentially regulated according to cell state, like other metabolic cycles. Ceramide is at the branch point of sphingolipid metabolism and like other sphingolipids it is a structural component of membranes and acts as a signaling lipid. It has been hypothesized that enzymes and proteins that act on ceramide play a critical regulatory role in these processes. The elucidation of regulatory roles for these proteins has been an area of intense research in the sphingolipid field. Recently, my group has expanded our investigations into sphingolipid biology using mouse as a model organism.

Sphingomyelin (or phosphorylethanolamine ceramide, CPE, in flies) could serve as a reservoir for several lipid messengers such as ceramide, ceramide 1-phosphate, sphingosine, and sphingosine 1-phosphate. We have initiated studies to delineate the in vivo role of some of the enzymes of the putative "Sphingomyelin Cycle". We have begun by identifying homologous genes in Drosophila. We are using transgenic gain of function and mutagenic loss of function studies to analyze the importance of such a pathway in Drosophila. We have recently demonstrated that modulation of the sphingolipid biosynthetic pathway such as targeted expression of ceramidase, rescues degeneration in certain photoreceptor mutants. We have also demonstrated that ceramidase facilitates membrane turnover and rhodopsin endocytosis in Drosophila photoreceptors.

Sphingolipids are synthesized vectorially. While the steps that lead up to the generation of ceramide occurs in the endoplasmic reticulum (ER) the biosynthesis of sphingomyelin(or CPE) and most complex sphingolipids occurs outside of the ER, either in the Golgi Complex or in the plasma membrane. This necessitates the active transport of ceramide from ER to the Golgi Complex. The transport is largely mediated by a protein called ceramide transfer protein (CERT). We have now demonstrated that CERT-mediated transfer of ceramide is critical for the biosynthesis of sphingomyelin (or CPE in Drosophila) and complex sphingolipids. Lack of CERT in Drosophila leads to decreased CPE and they have plasma membranes with altered physical and physiological properties. The changes render them susceptible to normal loads of reactive oxygen species encountered in a cell. The ensuing oxidative damage of plasma membrane leads to production of lipid peroxides that will further oxidize membrane and cellular constituents leading to a rapid deterioration in the metabolic function of cell. The underlying pathoglogic changes manifest as accelerated aging in these mutant flies and consequently they have a short adult life span.

We have also examined the role of CERT protein in mammalian biology. CERT is an essential gene for mouse development and embryonic survival and, quite strikingly, is critical for mitochondrial integrity. CERT mutant embryos accumulate ceramide in the ER but also mislocalize ceramide to the mitochondria, compromising their function. Cells in mutant embryos show abnormal dilation of the ER and degenerating mitochondria. These subcellular changes manifest as heart defects and cause severely compromised cardiac function and embryonic death around embryonic day 11.5. In spite of ceramide accumulation, CERT mutant mice do not die as a result of enhanced apoptosis. Instead, cell proliferation is impaired, and expression levels of cell cycle-associated proteins are altered. Individual cells survive, perhaps because cell survival mechanisms are activated. Thus, global compromise of ER and mitochondrial integrity caused by ceramide accumulation in CERT mutant mice primarily affects organogenesis rather than causing cell death via apoptotic pathways. Our most recent studies evaluate the role of the different subunits of Serine Palmitoyltransferse complex (SPT) during development and hematopoiesis. Our efforts indicate that de novo synthesis of sphingolipids especially the function of SPT complex is critical for mammalian embryogenesis and for differentiation and development of granulocytes (neutrophils and macrophages) in the adult hematopoietic system. We have further demonstrated that ssSPTa subunit (one of two subunits that encode for the small third subunits of the SPT complex) is necessary for both the developmental and hematopoietic functions of the SPT complex. Currently, efforts are focused on probing these requirements further in vivo utilizing mutant mice of the various subunits of the SPT complex.

Dr. Jairaj Acharya obtained his M.B.B.S. from the University of Gulbarga (Government Medical College, Bellary), India, in 1985 and received his Ph.D. in biochemistry from the Indian Institute of Science, Bangalore, in 1993 under Prof. Appaji Rao. He joined Dr. Charles Zuker at the University of California, San Diego as an associate of the Howard Hughes Medical Institute for his postdoctoral training. He was recruited by the NCI in 1999.

This page was last updated on Thursday, November 17, 2022