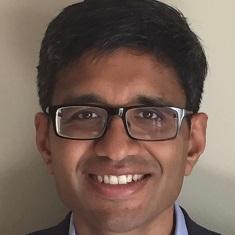 The germinal center (GC) B cell-derived lymphomas GCB-diffuse large B cell lymphoma (DLBCL) and Burkitt Lymphoma (BL) are clinically aggressive and common malignancies that are normally treated with multi-agent chemotherapy regimens that carry significant toxicity and cure only approximately half the patients.

The pathogenesis of these GC-derived malignancies remains incompletely characterized. GCs arise within lymphoid tissue follicles during an immune response and support the generation of high affinity antibodies necessary for humoral immunity to pathogens. Proliferation and survival of GC B cells is tightly controlled and GC B cells are strictly confined within the GC niche. Despite their high proliferative rate, GC B cells are poised to die and they undergo rapid apoptosis in the absence of survival signals provided by the GC niche. A unique feature of GC B cells not present in other cell types is the active introduction of somatic mutations by activation induced cytidine deaminase (AID). Although this process is mainly localized to variable regions of immunoglobulin genes, off-target mutations can also occur that contribute to the development of GC-derived malignancy. Recent high throughput sequencing studies of human lymphomas have revealed non-synonymous mutations in genes without previously characterized function in GC B cell biology. As more lymphoma samples are being sequenced, we are gaining a clearer picture of the breadth of genetic alterations in these diseases. A more mechanistic understanding of the consequences of these genetic alterations to normal physiology and to the development of malignancy is needed to guide development of novel therapeutics.

Although GC B cells are normally non-recirculatory and tightly confined to the GC niche, GC-derived lymphomas are systemic diseases and systemic chemotherapy is a mainstay of treatment even in limited stage disease. High throughput sequencing efforts of GC-derived lymphomas identified frequent deleterious mutations in the G-protein, Gα13 (encoded by GNA13). In previous work, we found that two G-protein coupled receptors (GPCRs) signaling through Gα13 act to confine GC B cells to their niche and also act as negative regulators of GC B cell survival (Muppidi et al., Nature, 2014). Whereas GC B cells are normally non-recirculatory, in the absence of Gα13, GC B cells could be found in the blood and lymph. We found that aged animals lacking Gα13 developed GC-derived lymphomas in mucosal lymph nodes (LNs) and a fraction of these animals showed systemic
dissemination of disease. These findings provided evidence of two GPCRs and a G-protein acting as tumor suppressors in GC B cells and they suggested that disruption of Gα13-coupled receptor signaling contributes to systemic dissemination of GC-derived malignancy.

The focus of our laboratory is to discover factors promoting the development and systemic dissemination of GC-derived malignancies. Specifically, we are interested in defining the microenvironmental factors within mucosal LNs that promote the development of malignancy, the mechanisms by which lymphomas exit the site where they develop and seed distant sites and the molecular mechanism by which Gα13-dependent signals inhibit tumorigenesis. Defining signals that are important for confinement and growth regulation of GC B cells that are lost in GC-derived lymphoma may provide new therapeutic targets to limit the dissemination of disease.

Dr. Muppidi received his undergraduate, M.D. and Ph.D. degrees from the University of Kansas. He performed his graduate research in the lab of Dr. Richard Siegel in NIAMS. Following medical school, he did residency in Internal Medicine at Weill Cornell Medical Center and then pursued fellowship training in medical oncology at the University of California San Francisco (UCSF). While at UCSF, he did his postdoctoral training in the laboratory of Dr. Jason Cyster. Dr. Muppidi was appointed as an Earl Stadtman Tenure Track Investigator in the Lymphoid Malignancies Branch in 2016.

This page was last updated on Thursday, September 8, 2022