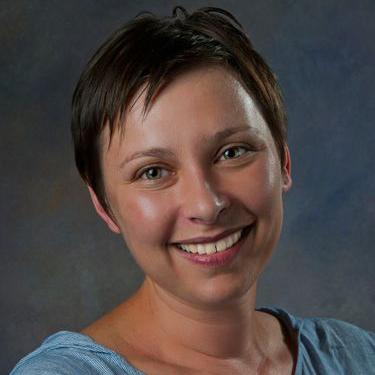 Laboratory of Protein Dynamics and Signaling

The aim of our studies is to understand how the proper number of the centrosomes is maintained in proliferating cells.

A centrosome is a minute cellular organelle present in only two copies per typical cycling animal cell. It is built of stable core structure - a centriole- and amorphous cloud of pericentriolar material. A centrosome organizes cytoplasmic microtubule cytoskeleton during interphase. During mitosis, two centrosomes organize poles of mitotic spindle, facilitating proper chromosome alignment and their segregation between two daughter cells. Thus, the centrosomes stabilize the genome forming a bipolar mitotic spindle. Centrosomes also transform into basal bodies to nucleate the formation of primary cilia. Primary cilium is a sensory organelle indispensable for signaling during development and for the normal functioning of many organs. Centrosome is a versatile and dynamic organelle whose function amends to the cell cycle conditions.

Structural and numerical centrosome abnormalities are the hallmark of most tumors, especially aggressive ones. Likewise, the defects in primary cilium formation have been implicated in numerous human diseases. Understanding the molecular mechanisms that regulate centrosome number and function is a paramount for understanding centrosome- related diseases.

A typical dividing human cell has two centrosomes, containing single or duplicated centriole, depending on the phase of the cell cycle. Each centriole is a nine-fold barrel-shaped structure made of nine microtubule triplets and accompanying proteins. By a, yet unknown mechanism, centrioles organize pericentriolar material and, as a result, the number of centrioles determine the number of centrosomes in the cell. The cell strictly controls the number of centrosomes by coupling the centriole cycle with other cell cycle events, so that each preexisting centriole duplicate precisely once per cell cycle and segregate evenly during mitosis. Centriole amplification has been documented to correlate with a loss of tumor suppressor proteins, with oncogenic virus infections, DNA damage, or with prolonged interphase induced by chemical inhibitors. Molecular mechanisms behind these pathological conditions promoting centriole amplification are poorly understood because the basic knowledge about how is centriole cycle regulated during normal cell cycle are still lacking.

A general question and a long-term goal of our research is to understand how centriole cycle is coordinated with other cell cycle events and how is spatially regulated within a centrosome. We study molecular mechanisms that regulate initiation of centriole formation, their maturation, disengagement, and segregation in various normal and transformed mammalian (mostly human) cells in the culture. Methodologically, we use a multipronged experimental approach and combine state of the art molecular biochemical methods with live- and fixed- high-end microscopy techniques, to reach our research goals.

Job openings: To inquire about potential open positions in the lab, please e-mail a cover letter and CV to Dr Loncarek.

Dr. Jadranka Loncarek joined the Laboratory of Protein Dynamics and Signaling as an NIH Earl Stadtman Tenure Track Investigator. She obtained her Ph.D. from the Faculty of Sciences at Zagreb University, Croatia, in cell and molecular biology. She completed her postdoctoral training in the laboratory of Dr. Alexey Khodjakov at Wadsworth Center, Albany, New York, where she studied the mechanisms of centriole duplication and mitotic spindle formation. Her current research focuses on elucidating the molecular mechanism of centrosome biogenesis and their function, with particular attention on numerical control of centrosome formation in non-transformed and cancerous human cells. She received tenure from NIH in 2020.