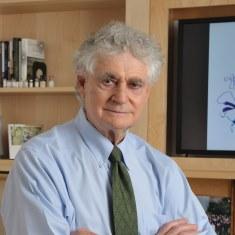 1.2 million Americans develop cancer each year and about 500,000 die from the disease. To improve the therapy of cancer new approaches and drugs with new mechanisms of action are needed. To accomplish this, we have employed genetic engineering to modify a potent bacterial toxin, so that it will kill cancer cells.

Several different recombinant immunotoxins have been developed in our laboratory and we are now conducting clinical trials with 2 of them. Moxetumomab pasudotox (Lumoxiti) targets CD22 on B cell malignancies and has been approved by the FDA to treat drug resistant Hairy Cell Leukemia. LMB-100 targets mesothelin present on mesothelioma and many other epithelial cancers (pancreas, ovary, lung, bile duct and triple negative breast cancer). We are carrying out clinical trials in mesothelioma and pancreatic cancer.

Dr. Ira Pastan was educated at the Boston Public Latin School, Tufts College, and Tufts Medical School. He did his residency at the Yale School of Medicine (1957-1959) and came to NIH in 1959. In 1970, he founded the Laboratory of Molecular Biology in the NCI.

American Academy of Arts and Sciences, 1997

Fellow, American Association for the Advancement of Science, 1997

Nathan Davis Award of the AMA for Government Service, 2010

Membership, Institute of Medicine of the National Academies, 2010