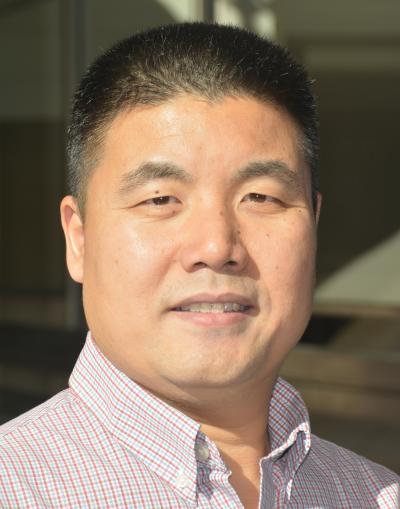 Mitochondria are unique among mammalian cell organelles in that they contain their own functional DNA that is independent of nuclear DNA. Mitochondrial DNA (mtDNA) encodes 13 essential subunits of the electron transport chain complexes and RNAs required for mitochondrial translation. mtDNA mutations are postulated to be important factors impacting human health and shaping eukaryotic evolution.

Unlike the nuclear genome, mitochondrial DNA is maternally inherited, without benefit of recombination or other mechanisms for repair. The known high mutation rates for mtDNA imply the existence of mechanisms to avoid the accumulation of defective mitochondria during organismal lifetimes and to prevent transmission of mutations to offspring. However, these same mechanisms can apparently fail, as mutations in mtDNA are associated with many inherited and age-related disorders, including neurodegeneration, muscular atrophy, and diabetes. The question also remains as to how mitochondrial mutations that seemingly result in a single biochemical phenotype—namely, impaired ATP production—manifest as diverse clinical phenotypes. This intriguing research field has lain fallow for decades, though, for want of techniques to study mtDNA inheritance in an appropriate model organism.

Dr. Xu’s group is using the well-honed tools of Drosophila genetics, while applying some new innovations, to study how mtDNA mutations are governed by tissue specificity and other factors to create disparate pathologies; while focused on mtDNA, the knowledge gained from such studies could be applied to other genetic disorders in which apparently similar mutations in nuclear DNA display a wide range of clinical outcomes.

Dr. Xu developed a new approach to the isolation of mitochondrial DNA mutations, enabling him to create Drosophila lines carrying homoplasmic mtDNA mutations and investigate their contributions to various physiological and pathological processes. He reasoned that expression of a restriction enzyme targeting wild-type mtDNA would create a selection allowing rare mutations lacking the restriction site to thrive. Some of the flies generated in this manner showed severe neurological and muscular degenerative phenotypes resembling typical features of human mitochondrial diseases.

Dr. Xu is also generating heteroplasmic flies containing both wild-type and mutant mtDNA, allowing him to study the mechanisms guiding mtDNA inheritance under physiological conditions. In addition, he has developed a reporter system to monitor the behavior of dysfunctional mitochondria in live cells and tissues and to identify genes involved in cellular responses against defective mitochondria. Understanding cellular mechanisms that protect against defective mitochondria could provide new strategies for managing mitochondrial disorders and may also shed light on the enigmatic inheritance mechanism of mtDNA.

Hong Xu graduated from Nankai University with a B.S. in 1995 and received a M.S. from Peking University in 1998. He earned his Ph.D. in 2004 from the Johns Hopkins University School of Medicine, where he worked with Craig Montell. Dr. Xu did his postdoctoral fellowship at the University of California, San Francisco with Patrick O’Farrell, during which time he received the Larry L. Hillblom Postdoctoral Fellowship. Dr. Xu has been a tenure-track Investigator with the NHLBI since 2010.