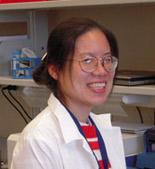 The goals of the Human Immunological Diseases Section (HIDS) are to understand the molecular mechanisms regulating the human immune system and how their derangements cause disease, with the objective of improving diagnosis and treatment. We study patients with a spectrum of poorly characterized, inherited immunodeficiencies and autoimmune diseases, who lack molecular diagnoses. These patients display combinations of 1) lymphocyte accumulation leading to enlarged spleens, lymph nodes, or lymphocyte infiltration into other organs such as the lungs; 2) immunodeficiencies that reflect defective lymphocyte function, with increased susceptibility to viral, fungal, or bacterial infections; and 3) autoimmunity, including hemolytic anemia and idiopathic thrombocytopenic purpura; and 4) allergy. By combining clinical evaluations, assessments of immune function, biochemical and genetic analyses, and new technologies, we aim to define new clinical entities and discover novel or unappreciated roles of genes that regulate the human immune system.

We are particularly interested in combined immunodeficiencies that lead to susceptibility to virus infections and the new biological insights that studying these patients can provide. One example is our discovery of DOCK8 deficiency, which causes patients to have increased susceptibility to various infections, but especially viral skin infections, including herpes simplex virus, human papillomavirus, and molluscum contagiosum virus. For more information about this research, see DOCK8 Deficiency. These patients also often have severe allergic disease, as well as increased risk of developing skin cancers or lymphomas. Our studies in these patients revealed that DOCK8 is crucial for lymphocytes to maintain cell shape integrity when they move within skin that is distinct from other tissues in being characterized by having many highly confined spaces. When DOCK8 is lacking, the resident memory CD8+ T cells in the skin undergo a catastrophic cell breakage, which we term cytothripsis, and this cell death impairs local anti-viral T cell immunity within the skin. By applying similar experimental approaches to other patients having novel combined immunodeficiencies, we hope to gain insights into the molecular regulation of the human lymphocytes for antiviral immunity in both normal and diseased states.

We are also interested in new inherited defects of innate immunity that can cause increased susceptibility to virus infections especially those targeting the respiratory tract. One example is our discovery of human MDA5 deficiency in a patient who had recurrent severe rhinovirus and other respiratory viruses. The patient’s loss of MDA5 demonstrated the physiological importance of this cytosolic viral nucleic acid sensor for immunity against the common cold virus. For more information about this research, see NIAID Scientists Discover Rare Genetic Susceptibility to Common Cold. The degree to which MDA5 physiologically contributes in humans to protection against other respiratory viruses is being studied. By applying similar experimental approaches to other patients having recurrent or severe infections with various respiratory viruses including influenza virus, we hope to gain insights into the molecular regulation of the antiviral innate immunity.

To these ends, we have established close collaborations with several groups at the National Institutes of Health (NIH) to study these and other rare diseases, including the Laboratory of Immune Systems Biology and the Laboratory of Infectious Diseases within NIAID, as well as others outside NIH. We also bring in patients to the NIH Clinical Center for detailed clinical and research investigations, where we follow their natural history of disease.

Helen Su received M.D. and Ph.D. degrees from Brown University. She completed training in pediatrics at St. Louis Children’s Hospital, Washington University, and subspecialty training in allergy and immunology at NIAID. After postdoctoral training with Michael Lenardo, M.D., in the Laboratory of Immunology, she joined the Laboratory of Host Defenses in 2007 as a tenure-track clinical investigator and was tenured in 2016.

This page was last updated on October 4th, 2017