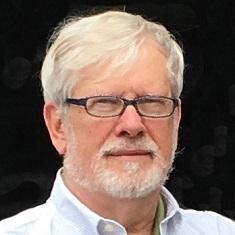 Reorganization of the nuclear chromatin environment is a fundamental component of gene regulation. A primary focus of our work is the identification and characterization of activities that are involved in chromatin modification, and characterization of the mechanisms by which these modifications and transitions are orchestrated into the final effects of gene activation, repression, and epigenetic inheritance. We are also interested in how these activities function in the context of the living cell nucleus, and the large-scale reorganization of nucleoprotein structure that accompanies many regulatory processes. We have studied nuclear receptors as important models in understanding chromatin modification and restructuring. Not only are these proteins critically important in many disease processes, but the ease with which their activities can be manipulated by ligand stimulation make them experimentally attractive model systems. Our efforts are currently focused in the following areas:

1) While a great deal has been learned in the past decade concerning the primary sequence modification of chromatin proteins, and the enzymatic activities associated with these changes, relatively little is known concerning the actual structural changes induced by these alterations, particularly transitions in nucleoprotein organization above the level of the nucleosome. We are developing approaches to analyze and understand the native structural properties of active and inactive chromatin states on the genome-wide scale.

3) We pioneered the study of steroid/nuclear receptor subcellular trafficking in living cells. Our research in this area led to the surprising finding that receptors and several of their coregulators exchange rapidly with regulatory elements in living cells. These findings in turn have led to a major paradigm shift in the field. We have articulated a 'hit-and-run' model for the interaction of nuclear receptors with their regulatory elements, and are exploring molecular mechanisms involved in this fundamentally important behavior of nuclear receptors and their cofactors.

4) Regulation of transcription is usually considered in terms of gene activation or gene repression. However, recent findings from several groups have demonstrated a cyclical component to gene activation by nuclear receptors. We have known for some time that activation by GR/PR in a model system (MMTV) is followed very rapidly by repression of the transcription rate. We have recently discovered that this is a common phenomenon in nuclear receptor regulatory circuits. What mechanisms are responsible for this behavior? How is rapid exchange ('hit-and-run', time scale of seconds) related to the development of altered activity promoter states on the time scale of minutes and hours?

5) We have also realized that the ability to follow nuclear protein function in situ in living cells opens new possibilities in the area of drug discovery. Taking advantage of these new opportunities, we have developed new approaches to drug screening that utilize our ability to monitor the protein function in single cells. Using these approaches, we have developed screening systems for new receptor ligands, and also for inhibitors of deacetylation and methylation, and small molecule leads have been identified.

6) A large family of chromatin remodeling complexes have now been described. Some members of this family are intimately involved in gene regulation by nuclear receptors, and are required for the chromatin transitions catalyzed by these receptors. Are there as yet undescribed remodeling activities that are needed for receptor function? If so, how are these activities different from, or related to, the classic remodeling complexes, and how do they function mechanistically? We have identified a member of the CHD family of remodeling factors that appears to function in both pol 2 and ribosomal transcription. Rearrangement of the gene for this protein may be associated with the development of osteosarcomas.

Dr. Hager received his Ph.D. in genetics at the University of Washington in the lab of Ben Hall. He pursued postdoctoral studies with Dick Epstein at the Institut de Biologie Moleculaire in Geneva and with Dr. William Rutter at the University of California-San Francisco. He carried out the first molecular cloning of retroviruses at the NIH and also reported the first identification of steroid responsive regulatory elements. Dr. Hager is currently chief of the Laboratory of Receptor Biology and Gene Expression, where his program interests include the role of chromatin structure in gene regulation, the mechanism of steroid receptor function, and the architecture of active genes in the interphase nucleus.