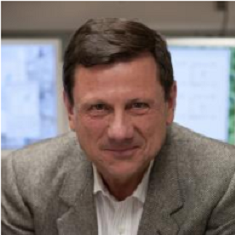 Role of Inflammation, Innate Resistance, and Immunity in Carcinogenesis, Cancer Progression, and Prevention or Destruction

Recent studies are shedding quite a different light on the way in which innate resistance, as an integral part of inflammation, is participating in oncogenesis and tumor surveillance. For a long time, innate resistance has been considered a primitive non-specific form of resistance to infections eclipsed by the potent and specific acquired immunity of higher organisms. More recently, it has been recognized that innate resistance is not only the first line of defense against infections but it sets the stage and it is necessary for the development of adaptive immunity. It is now becoming evident, however, that the processes that the organisms use for resistance to infections are derived and shared with the mechanisms essential for tissue homeostasis and morphogenesis. Innate resistance is mediated not only by specialized cells but most stromal and parenchyma cells participate in the process and they may express and utilize many of the receptors also utilized by "immune cells" with similar signaling and physiological responses. Similarly, in cancer biology, it is becoming manifest that what used to be considered the defensive mechanisms of innate resistance and inflammation are indeed manifestations of tissue homeostasis and control of cellular proliferation that have many pleiotropic effects on carcinogenesis and tumor progression and dissemination. The interaction of the inflammatory mediators and effector cells with carcinogenesis and tumor progression is complicated and results in effects that either favor or impede tumor progression. The simple concept that early inflammation is necessary for carcinogenesis whereas inflammatory and immune response would prevent, when successful, tumor progression has been replaced by a more subtle understanding that the degree of inflammation and the type of inflammatory/immune response are responsible for tilting the balance between tumor progression and regression. The different investigators of the Laboratory of Integrative Cancer Immunology, also in collaboration with many investigators focusing in carcinogenesis and tumor biology, both in Bethesda and in Frederick, are investigating many aspects of the complex cross-talk between inflammation and cancer.

In my own group and in collaboration with the other investigators in the Laboratory, I am pursuing a scientific program both in the mouse and in humans on the interface between inflammation, natural resistance and adaptive immunity with a focus on:

Dr. Trinchieri joined the CCR, NCI in August 2006 and is currently Senior Investigator and Chief of the Laboratory of Integrative Cancer Immunology. He received the distinction of being named an NIH Distinguished Investigator in 2016. Prior to joining NCI, Dr. Trinchieri was the Director of the Schering Plough Laboratory for Immunological Research in Dardilly, France, and an NIH Fogarty Scholar at the Laboratory for Parasitic Diseases, NIAID. He received his M.D. from the University of Torino, Italy. His research at the CCR focuses on the interplay between inflammation/innate resistance and adaptive immunity, and the role of pro-inflammatory cytokines in the regulation of hematopoiesis, innate resistance, and immunity. He discovered interleukin-12 while at the Wistar Institute in 1989 and for many years has been characterizing the molecular mechanisms of interleukin-12 production and action, and the role of this molecule in tumor immunity, infections, and autoimmunity.