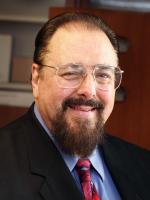 Autoimmune diseases are characterized by pathologic inflammation and autoantibodies or self-directed T lymphocyte responses. These acquired, usually incurable disorders affect over 22 million Americans and appear to be rapidly increasing in prevalence for unclear reasons. These diseases are among the leading causes of death and disability of young and middle-aged women and have an enormous public health impact in the U.S and worldwide. It is generally accepted that autoimmune diseases result from complex interactions between genes and the environment. Given the lifelong morbidity and high economic costs of autoimmune diseases, the identification of modifiable environmental risk factors will have major impacts on public health. The primary goal of the EAG is to understand how the environment, in interacting with genes, influences the development and progression of autoimmune diseases. To accomplish its mission, EAG staff members have initiated a multidisciplinary program of clinical and basic research that is one of the few in the world integrating parallel studies in both adult and pediatric autoimmune diseases. The focus is on investigations of risk factors for and the pathogenesis of the systemic autoimmune diseases, including rheumatoid arthritis, systemic lupus erythematosus, systemic sclerosis and the inflammatory muscle diseases (myositis).

Accomplishments have included: 1) identifying new immunogenetic risk and protective factors for various autoimmune phenotypes; 2) initiating a genome-wide association scan in myositis through a large international collaboration; 3) discovering seasonality in birth distributions and illness onset in myositis phenotypes; 4) showing that ultraviolet radiation modulates the clinical and immunologic expression of myositis in women and that it upregulates the myositis autoantigen, Mi-2, via protein translation and stability; 5) identifying infections, immunizations and photosensitizing or myopathic drugs as temporally associated with the onset of myositis in children; 6) beginning to understand alterations in metabolic pathways shared by multiple autoimmune diseases; and 7) identifying for the first time the dozens of genes that have altered methylation patterns in lupus patients compared to their healthy identical twins. We have also studied patients who developed the L-tryptophan-associated eosinophilia myalgia syndrome and those who developed myositis following immunization and found that certain HLA alleles are associated with each of these disorders. We expanded our studies to assessments of occupational exposures, tobacco smoke, stressful life events, drugs, vaccinations, xenobiotics and infections in twins and close siblings discordant for systemic autoimmune disease. We also assessed the possible relationships between occupations, drugs and xenobiotics and the development of autoantibodies (autoimmunity) in 5000 cases from NHANES 1999-2004.

Dr. Frederick Miller is Scientist Emeritus of the Environmental Autoimmunity Group in the National Institute of Environmental Health Sciences at the NIH, Bethesda, MD. He oversaw investigators in his group as well as others in national and international consortia that evaluate and conduct a wide range of basic and clinical studies on adult and juvenile autoimmune diseases. He obtained his M.D. and Ph.D. from Case Western Reserve University, went on to medical residencies at Emory and Stanford, and then did rheumatology and immunology training at the NIH. His work in the field of autoimmune diseases spans four decades and involves many aspects of the environmental risk factors, epidemiology, immunology, genetics, pathogenesis, evaluation and treatment of immune-mediated diseases. He has focused much of his work on autoimmune muscle diseases. He is leading a number of studies to identify environmental and genetic risk factors for autoimmunity and systemic autoimmune diseases.