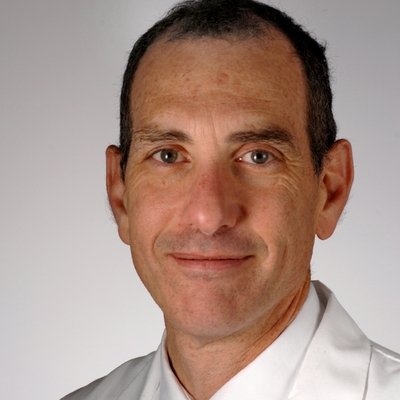 The Clinical Retrovirology Section develops and implements clinical protocols to elucidate mechanisms underlying the emergence of HIV drug resistance in vivo, the dynamics of infection under treatment, and the role of resistance mutations in the efficacy and failure of subsequent treatments.

In the first of three projects conducted by the Clinical Retrovirology Section, our goal is to determine the dynamics of viral replication in HIV-infected patients on suppressive antiretroviral therapy (ART). These studies are being extended in clinical trials performed at NIH and elsewhere to determine the levels of viremia when treatment regimens are either simplified or intensified. We are also exploring new strategies to decrease reservoirs of HIV-1 in infected individuals.

In a second research project, we are investigating the genetic structure of HIV populations in infected individuals. We are using the single-genome sequencing technology developed by the Translational Research Section to analyze and understand the accumulation of genetic variation in the gag/pol and env genes of HIV-1 in a number of different patient groups, including chronically infected patients, both naive and on therapy, as well as in primary and early HIV-1 infection. We are complementing existing single-genome sequencing and allele-specific PCR assays with next-generation sequencing and new single-cell assays for cell-associated HIV RNA and DNA. We are determining precise estimates of the roles of population size, genetic drift, selection, and recombination in shaping HIV populations. The goal of this study is to understand the nature of the forces (mutation, selection, drift, recombination) that mold the genetic diversity of virus populations before and after ART is introduced.

The third project is focused on elucidating the mechanisms of persistent viremia in vivo. We are conducting clinical trials of targeted interventions to characterize HIV reservoirs in individuals suppressed on ART. We are determining the role of generalized immune activation and gut-associated lymphoid tissue (GALT) on persistence using nonabsorbable antibiotics to specifically reduce gut bacteria, and studying the effects of specific antigenic activation on HIV using immunization and sampling protocols. We are also investigating the role of target cell number on HIV reservoirs by studying the effects of cytotoxic chemotherapeutics on HIV viremia, and we are investigating the role of innate immunity in HIV persistence by studying the effects of the innate immune modulator interferon alpha 2b.

Dr. Frank Maldarelli received his Ph.D. from the City University of New York and his M.D. from Mount Sinai School of Medicine. After completing his residency in internal medicine at The Columbia-Presbyterian Hospital, New York, he joined the Laboratory of Molecular Microbiology at the National Institute of Allergy and Infectious Diseases (NIAID) as a Medical Staff Fellow. In 1998, Dr. Maldarelli joined the HIV Drug Resistance Program (HIV DRP, renamed the HIV Dynamics and Replication Program in 2015) in the National Cancer Institute (NCI) as a Staff Clinician and Head of the In Vivo Biology Group, which was later renamed the Clinical Retrovirology Section. In 2012 he was appointed as a Tenure-Track Investigator, and he was promoted to a tenured Senior Investigator position in 2018. Representing the clinical research arm of the HIV DRP, Dr. Maldarelli has established extensive collaborations between the HIV DRP in Frederick and both the NCI HIV and AIDS Malignancy Branch and the NIAID AIDS clinical research program in Bethesda. He is an Attending Physician in the NIAID/CCMD HIV service, the NCI Liaison to the Leidos HIV Molecular Monitoring Core, and a Scientific Committee Member of the International Workshop on HIV Drug Resistance. He served on the NIAID Institutional Review Board (as Chair and Vice-Chair), NIH Infectious Disease Advisory Board, Scientific Advisory Committee of the American Federation for AIDS Research, and Review Panel for the Henry M. Jackson Foundation for the Advancement of Military Medicine. He was a faculty member of the International Society of Infectious Diseases HIV Training Program, NIH Infectious Disease Consult Service, and Center for Bio-Medical Communications Infectious Disease Board Review Course and a lecturer in the Washington D.C. community outreach PACT Program. His awards include the NCI Leading Diversity Award in 2010, NIH Director’s Group Award in 2015, Center for Cancer Research (CCR) Group Award in 2016, and multiple Staff Recognition, NIH Bench-to-Bedside, and Intramural AIDS Targeted Antiviral Program (IATAP) awards. Dr. Maldarelli is a member of a number of committees, and he chairs the CCR Non Human Primate Scientific Review Committee, Data Safety Monitoring Board for the GRAVITY Study, and Tenure Track Selection Committee for Critical Care Medicine. He currently serves on the Editorial Board of the Journal of Virology.