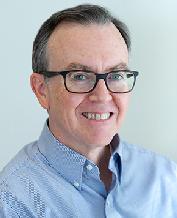 Our mission is to identify the genes that contribute to the risk for mood and anxiety disorders so that better methods of diagnosis and treatment can be developed.
Mood and anxiety disorders reflect a complex genetic architecture ranging from common alleles conferring modest risk for what may prove to be a broad range of psychopathology, to alleles that help shape the clinical picture of disease and response to treatment. Rarer alleles may also exist that confer larger risk in a fraction of individuals and families. If even a few of these alleles can be firmly identified, new windows into the pathobiology of common psychiatric disorders may be opened, enabling the development of new methods of diagnosis and treatment.

Dr. McMahon received a BA in Biology from the University of Pennsylvania in 1982 and an MD from Johns Hopkins in 1987, where he also completed a medical internship, a residency in adult psychiatry, and a post-doctoral fellowship in genetics. In 1998, he moved to the University of Chicago, where he continued his research into the genetics of bipolar disorder while serving as Medical Director of the electroconvulsive therapy clinic. In 2002, he joined the Mood and Anxiety Disorders Program of the National Institute of Mental Health (NIMH) Intramural Research Program as Chief of its genetics unit. In 2010, he was promoted to Senior Investigator and Chief of the Human Genetics Branch. He is also a visiting Professor of Psychiatry at the Johns Hopkins University School of Medicine.

Dr. McMahon’s research is aimed at discovering and characterizing genes involved in mood and anxiety disorders so that better methods of diagnosis and treatment can be developed.

Dr. McMahon is past President of the International Society of Psychiatric Genetics and a Fellow in the American College of Neuropsychopharmacology. He serves on the editorial boards of Biological Psychiatry, International Review of Psychiatry, and Molecular Neuropsychiatry, and is a scientific advisor for the American Society for the Prevention of Suicide and the Rutgers University Cell & DNA Repository. He has received several awards for his work, including the 2016 Colvin Mood Disorders Prize from the Brain & Behavior Research Foundation. He has authored over 200 scientific reports and textbook chapters.