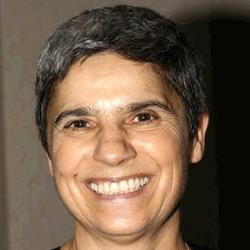 In the first half of her scientific career, Dr. Mezey was interested in the hypothalamic regulation of the pituitary and endocrine organs. Later she turned her focus to neuronal regeneration, and examined the ability of circulating blood cells to enter the brain and participate in its regeneration in health and disease. She demonstrated the presence of bone marrow derived neural cells in the CNS of mice as well as in humans. To do the latter, she used postmortem brain samples of female patients who previously received bone marrow transplants from male donors, and used the Y chromosome as donor-specific marker. She also studied cells in the oral mucosa (a tissue with an extremely high turnover rate) of female patients who had gotten male bone marrow cells, in collaboration with Dr. Simon Tran. She found that a surprisingly high percentage of oral epithelial cells seem to be derived from circulating cells in such patients. In this study she used microsatellite markers to show that the the Y chromosome positive cells had to have come from the bone marrow donors.

After the discovery of immunomodulatory properties of bone marrow derived stromal cells (BMSCs) were reported, Dr. Mezey grew interested in learning how BMSCs might affect the host immune system. She and her coworkers were among the first to suggest that the beneficial effect of intravenously injected BMSCs in infectious/inflammatory environment might be due to a reprogramming of pro-inflammatory macrophages. Following exposure to BMSCs, the macrophages adopt an anti-inflammatory phenotype and produce large amounts of IL-10. This appears to result from the production and release of PEG2 by the BMSCs when they find themselves in an inflammatory environment, and their effect on macrophages when they are given intravenously is associated with a significant improvement in the survival of septic mice. Following their work on sepsis, Dr. Mezey and her colleagues asked whether BMSCs might also be able to re-balance the immune system in a Th2 dominant, allergic environment. In a ragweed induced allergy model, BMSCs protect animals from the majority of asthma-specific pathological changes; i.e., they inhibit eosinophil infiltration and excess mucus production in the lung, decrease levels of Th2 cytokines (IL-4, IL-5, and IL-13) in bronchial lavage fluid, and lowered serum levels of Th2 immunoglobulins (IgG1 and IgE). These effects seem to result from activation of the STAT6 pathway in BMSCs by IL-4 and/or IL-13. These drive TGF-β production by the BMSCs, and this factor seems to mediate their beneficial effect in the allergy model.

Dr. Mezey earned her M.D. from the Semmelweis University Medical School in Budapest, Hungary. She taught neuroanatomy and began doing research under the guidance of Drs. Janos Szentagothai and Miklos Palkovits. She then worked with Dr. David DeWied at the Rudolph Magnus Institute of Pharmacology in Utrecht. Based on her work there, she received her Ph.D. in neuroendocrinology from the Hungarian Academy of Sciences in Budapest. Dr. Mezey subsequently came to the NIH as a postdoctoral fellow in the Laboratory of Cell Biology, NIMH. She later returned to the NIH as a visiting scientist and then became head of the In Situ Hybridization Facility, NINDS. In 2004 she transferred to the NIDCR and established the Adult Stem Cell Unit to study the biology of bone marrow derived stem cells.