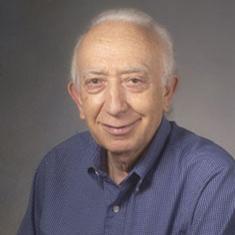 The p53 Tumor Suppressor Protein. The human p53 tumor suppressor protein is centrally involved in multiple processes that reduce both the initiation of tumors and their progression. Multiple cellular signaling pathways that respond to DNA damage, activation of oncogenes, or other cellular stresses converge at p53. Depending on the type of cell and the nature of the stress, p53 controls cell fate by inducing apoptosis, arresting progression of the cell cycle, promoting differentiation, or inducing a state of senescence.

The molecular mechanisms that govern p53-dependent cell fate decisions are incompletely understood but are believed to be largely mediated by multiple post-translational modifications to p53 itself as well as to other proteins with which p53 interacts. We use several approaches to understand how specific post-translational modifications affect the functions of p53. We are using biophysical, biochemical, and structural methods to explore the modulation of p53 protein-protein interactions by post-translational modifications. We have found that although each subdomain of the N-terminal transactivation domain of p53 separately binds to the Taz2 domain of its co-activator p300, structural details differ and the affinities are differentially affected by phosphorylation. These observations may relate to the regulation of p53 activity during development by expression of a p53 isoform that lacks the first transactivation sub-domain.

The Wip1 (PPM1D) Phosphatase and its Roles in the Cell. The Wip1 phosphatase (PPM1D) is a member of the PP2C family of evolutionarily conserved protein phosphatases. We initially discovered Wip1 in a screen for genes up-regulated by p53 after IR. Since then, Wip1 has been shown to negatively regulate p53 functions by dephosphorylating the p38 MAPK, Chk2 and ATM kinases, which are major effectors of p53 stabilization and activation. The importance of this negative-feedback loop has been repeatedly confirmed by studies showing that PPM1D is amplified or overexpressed in several types of cancers, including human primary breast cancer, neuroblastoma and ovarian clear cell adenocarcinoma.

Several recent studies suggest that Wip1 positively regulates cell proliferation and behaves as an oncogene, whereas depletion of Wip1 reduces cell proliferation rates and induces apoptosis or premature cellular senescence. To better understand the connection between Wip1 activity and the control of cellular proliferation, we are characterizing the determinants of substrate specificity, identifying novel substrates and determining the functional effects of Wip1 phosphatase activity. Since Wip1 has been shown to be amplified in tumors, we are developing specific inhibitors of its activity that would provide selective targeting either when given alone or in combination with standard cancer chemo- or radio-therapy.

Design of Antiviral Drugs against the HIV Virus. Development of drug-resistant HIV strains in response to nucleoside, non-nucleoside, and reverse transcriptase and protease inhibitor therapies has necessitated the search for novel antiretroviral agents that target new structures for treatment of HIV and prevention of its transmission. The involvement of HIV-1 NCp7 zinc fingers in multiple phases of the HIV-1 replication cycle and their resistance to mutation have indicated that they may be a good target for antiretroviral therapy. We have synthesized novel uncharged, S-acyl, 2-mercaptobenzamide thioesters (SAMTs) characterized by potent antiviral activity with low cellular toxicity.

The overall goal of our research is to understand how these compounds block the transmission of HIV-1 by targeting the highly conserved zinc-binding domains of NCp7. Our studies are currently focused on elucidating the molecular mechanism of several lead compounds. Also, we are evaluating formulation of the inhibitors for use as topical microbicides and using mass spectrometry to identify metabolites of the SAMTs when applied topically in a non-human primate system. The identification of potentially safe and efficacious single or combination candidate microbicides in non-human primates, and the elucidation of their pharmacokinetics, should lead to studies necessary for preclinical evaluation of these compounds.

Dr. Appella obtained his M.D. from the University of Rome, Italy, and continued his research at Johns Hopkins and the NIH (National Institute of Diabetes and Digestive and Kidney Diseases) on dehydrogenases. Since 1965, he has been in the Laboratory of Cell Biology where he continues his research on tumor immunology, the p53 tumor suppressor protein, and the design of antiviral drugs against HIV.